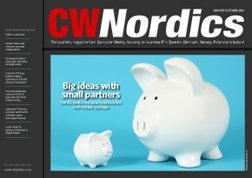 When Swedish capital Stockholm set out its SKR545m (£49m) digital transformation strategy in April, its ambition was high – to become the world’s smartest city by 2040. This was an undertaking welcomed by the city’s CIO, Ann Hellenius. “We have a more holistic view on what a smart city is compared to many other cities,” she says. “The goal for Stockholm is to become democratically, ecologically, financially and socially sustainable.” Hellenius says the city already has 200 digitisation projects in progress across these four themes, ranging from legacy system updates to new digital tools – and there is more to come. For the next two years, Stockholm has earmarked £26m to improve digital support in schools, £12.6m to modernise IT support in social services and elderly care, and £10.4m to invest in innovation. One of its early successes is the deployment of more than 150 solar-powered “smart bins” across the city. The bins are equipped with waste compactors and sensor technology to notify collectors in real time when they need ...