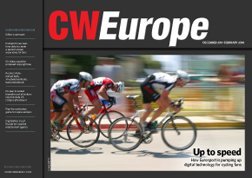 Six European countries have publicly questioned whether a proposed new law that would require automatic upload filtering is actually legal. Article 13 of the controversial European Union (EU) copyright reform, which has been lumbering on for years, includes a rule to force any website that allows users to upload content to implement filtering mechanisms to detect if it is copyrighted. Digital rights activists and academics have argued that this would lead to widespread censorship, hamper legal and legitimate expression online, and effectively put bots and algorithms in charge of creativity on the web. It would apply to any online platform that allows users to upload comments, pictures and videos. Now ministers from Ireland, Belgium, the Czech Republic, Finland, Hungary, and the Netherlands have taken note. They have specifically asked the European Council’s legal services department whether the plans are in line with the European Charter of Fundamental Rights, which guarantees freedom of expression, protection of personal data ...