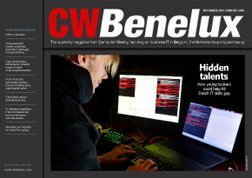 Schiphol airport, just south of Amsterdam, is on a journey underpinned by open source software, with Red Hat helping the Dutch airport along. Each year, Schiphol handles almost 64 million passengers, 48 million pieces of luggage and 1.7 million tonnes of freight – and these numbers are rising. Schiphol is Europe’s third largest airport in terms of passenger numbers and cargo volume, and the 100-year-old airport is not taking it easy in its old age. Far from it, Schiphol is embracing digital transformation and employing innovative IT methodologies such as continuous development, hackathons and DevOps. The ambitions of other European airports make it essential for Schiphol to evolve, with mainland destinations such as Frankfurt, and nearer places such as Antwerp and Brussels, seen as competitors. It also seems there are national competitors in the making, such as the smaller airports of Eindhoven, Rotterdam and Lelystad. To address these challenges, Schiphol is aiming for better service and greater efficiency through digital ...