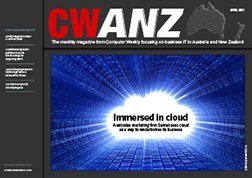 Australia’s government technology systems are so poor that were it a private company, it would go out of business or be shut down by regulators. That is the damning assessment of the man who, for 16 months, led the government’s charge to digitally transform itself and its services. Paul Shetler, formerly chief executive officer of the Digital Transformation Office (DTO), and then chief digital officer of the organisation’s successor, the Digital Transformation Agency, resigned in late 2016 following a dispute with Angus Taylor, assistant minister for cities and digital transformation. Under Taylor’s watch, the role of the digital transformation team has shifted from delivery of transformational systems to development of policy, according to Shetler, who told the Australian Broadcasting Corporation that the minister had also defunded a series of transformational projects that were in progress to focus on policy instead. In the past six months, Australians have endured failure after failure of online government services, including...