The Guardian newspaper has fought legal battles and its journalists have risked jail to protect the identity of its journalistic sources.

So when the Guardian decided to move its e-mail, word processing and other IT functions into the cloud, ensuring journalistic information would be secure was a priority.

“We spent a lot of time with our internal lawyers. There was a lot of examination of where we have been asked to release data in the past. We would break the law to protect sources," said Andy Beale, technology director at the Guardian.

Beale was speaking on his practical experiences of the cloud at a meeting of Computer Weekly’s 500 Club, with  Martin Taylor, head of infrastructure and service delivery at the hospitality group Mitchells & Butlers; and Peter Ransom, CIO of Oxfam.

The Guardian has embraced the cloud more readily than most of Fleet Street. It has rolled out Google Apps, Salesforce.com and is running applications on the Amazon and Google cloud services.

And the paper is just about to begin a trial of Google Chrome notebooks, which use office applications on the web, rather than in-built software.

The Guardian will pay a monthly fee to use the notebooks, and they will be replaced every three years along with all the necessary software, in what Beale calls, hardware as service.

“We think of it as an outsourcing service that someone else can do for us more effectively,” Beale said.

The cloud offers the Guardian a massively scalable infrastructure that it would be hard-pressed to develop internally. This gives it the ability to react and to move into new markets quickly and easily, said Beale

The paper rolled-out Google Apps in 2008 as its primary office and collaboration platform. Initially, with security in mind, the paper prevented users from sharing documents outside the Guardian domain.

More from the CW500 Club

“We did that as a mitigation against corporate data leakage, mostly through user error. We had a security awareness training programme but we did not want people to accidentally share company performance data,” he said.

But the Guardian’s ethos is about openness, and it has now extended data-sharing outside the organisation.

“The platform was very open and collaborative. That is why we bought it. Everything we do is about opening up our data, so it was not tenable to continue with a closed platform."

This clearly throws up security risks, but the Guardian primed its security team to ensure staff do not accidentally disclose misleading information.

“Our security team can drill down and see those documents, who is sharing them and why they are sharing them. Then they can intervene if they need to. It’s about educating and checking,” said Beale.

The cloud has come into its own with the Guardian’s Soul Mates dating service. Soul Mates is extremely popular among Guardian readers, and is a major source of revenue.

When the Guardian took over the white label service, it moved Soul Mates to the Amazon cloud.

“We hugely underestimated the volume of requests Soul Mates would get back by 5 or 6 times, so we had to scale up the service very quickly. We did it in half a day.” said Beale.

“If it had been our own infrastructure, it would have taken weeks. We would have had to take it out of service,” he said.

We hugely underestimated the volume of requests Soul Mates would get

Soul Mates is sufficiently well designed that it continued to function when Amazon had a major outage.

The service costs more to run in the cloud, than in house, but Beale says he is looking for longer term savings.

“It is like buying a house. We believe it will get much better value over time, as management tools get quicker and we get smarter at using it.”

The real benefit of the cloud is that it transforms the fixed cost of IT in a variable cost, he says. With the Amazon service, you only pay for what you use.

Nevertheless, Beale believes that the hype surrounding the cloud is justified.

“I asked the team where they see Guardian.co.uk going. They think in 3 to 5 years it will all be in the cloud. That is shocking,” he said.

The pub and restaurant chain, Mitchells & Butlers, began transferring operations to the cloud, after reviewing its IT strategy last year. The company is known for its brands such as All Bar One, Browns and Harvester.

For the past five years the company has been running its own datacentre, with a network of fixed leased lines.

But the company felt it needed to modernise its IT to help its business reflect the changes sweeping through the hospitality industry.

The company called in outsourcing consultants, Equaterra – now part of KPMG – to help it navigate through the minefield of cloud service options.

“The first thing they gave us was a methodology. The second thing was subject matter experts. And the final thing they brought was experience of the marketplace,” said Martin Taylor, head of infrastructure and service delivery.

“They had access to suppliers and we needed to understand what the trends were, as well as where our business is going,” he said.

Mitchells & Butlers relied on legacy IT systems that were difficult to benchmark against equivalent cloud services. But Equaterra was able to put a benchmark cost together for a cloud service based on an analysis of similar deals over the past five years.

“Our analysis was that we would be 20% better off. Having started with legacy systems, it was more cost-effective to be in the cloud,” he said.

Taylor and his team put out a request for proposals to suppliers. Without exception, each supplier recommended a private cloud. The top two bids proposed solutions that were 90% identical, Taylor said.

“We ended up with a private cloud solution. We could not just go public. We did not think the market was mature enough. To go from our old infrastructure to a public cloud was a step too far,” he said.

If they don’t give to you they give to the charity down the road. That means a lot of lost income for us, lost opportunities and of course damage to our brand

Moving to the cloud allows M&B to be more responsive to changes in the market conditions.

“Our solution enables us to be more flexible. We buy and sell pubs so we need to be able to flex our solution up and down,” he said.

The IT department can ramp computing power up or down depending on where it is in the financial year.  Christmas is the busiest period.

M&B can also introduce new functions and management tools rapidly and turn them off when they are not needed– essential in a fast moving business like hospitality, said Taylor.

The clear lesson is that cloud projects require a strong grasp on governance and decision making, said Taylor.

“You have to be hard and you have to be firm. You need governance to say what takes priority, who can make what move, and to decide, for example, can we defer that project for 12 months,” he said.

Taking a firm line with software suppliers is equally important. Although they were willing to port their applications to the cloud, they would often insist that M&B upgrades its contract and buy in extra consulting.

But the biggest challenge was persuading the organisation itself that the project would deliver.

“The thing I underestimated was how difficult it was to get through to my own organisation,” he said.

Raising funds through the cloud

Oxfam is an unlikely contender for the cloud. But increasingly the charity is turning to multimedia to raise funds, and the web as a sales channel to supplement more than 700 second-hand shops around the UK.

The charity began looking at the cloud for a variety of reasons, including the need to ensure that its systems are reliable, particularly during fundraising campaigns. 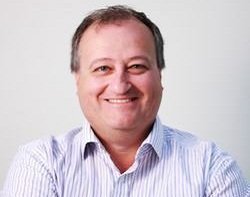 “During the earthquake in Haiti, our network was down. Our infrastructure could not take the money and our system was down for many hours,” said Peter Ransom, CIO of Oxfam.

Such events can have a huge impact on fund raising, Ransom told the group.

“If they don’t give to you they give to the charity down the road. That means a lot of lost income for us, lost opportunities and of course damage to our brand,” he said

The charity was also facing challenges maintaining technical expertise in-house: “We are not really there to support an IT operation,” Ransom said.

Oxfam went out to tender for a solution. With the exception of one supplier, which did not make the short list, they all came back with similar solutions.

But Oxfam found negotiating with potential suppliers to be less than straightforward.

“It seemed the people we were asking did not have a grasp on what they were selling. If you wanted kit they could sell you kit, and that became more of a concern for us.”

The charity hired Gartner for advice, but the procurement process took far longer than expected.

Something that should have taken five weeks as negotiations started took five months and could have put the project at risk.

“Something that should have taken five weeks as negotiations started took five months and could have put the project at risk. The business was knocking on the door saying we need to go. The question was do we go early or do we try and get it right. We stuck it out, and got it right.” said Ransom.

The cloud offered tremendous versatility, but suppliers seemed to be unwilling to offer the same levels of service that a traditional IT contract would offer. Oxfam brought in lawyers to negotiate a better deal.

“We negotiated on every point on every service when we went through the contract. Some of the discussions became quite legal. If something fails, who is responsible?” he said.

Oxfam is in the process of moving its applications over to the cloud and is a month ahead of schedule on the programme.

“For us it's really important,” said Ransom. “We are not an IT operation. The cloud is a service, a piece of functionality. By having this platform we are driving up the quality of the work being done."