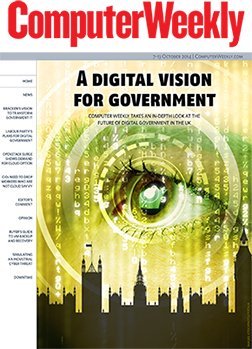 It is rare for a politician to have a background in technology rather than politics, but Chi Onwurah, Labour’s shadow cabinet minister for digital government, offers a unique connection between the two isolated topics. If Labour gains power in the 2015 general election, the former Ofcom executive could potentially be a digital minister. After half an hour in her company, Onwurah's expertise and passion for government and social reform through digital is clear. And it is Onwurah’s technology background which makes her different from other politicians – possessing almost a “technology empathy” towards citizens. Working all over the world – in London, Paris, Singapore and the US as an engineer – she says her proudest achievement was building a fibre and wireless network in Nigeria, reaching out to the state of Awka, which is where her father is from. Fifteen minutes late for our interview and constantly checking her BlackBerry, Onwurah is initially cagey when asked what Labour’s first digital change would be if it was to be voted ...