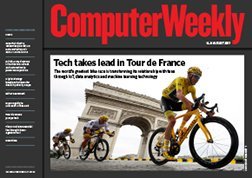 The government has announced the details of the planned UK Data Protection Bill as part of its commitment to update and strengthen data protection laws and bring UK law into line with the EU’s General Data Protection Regulation (GDPR). The proposed legislation is set to deliver “much-needed” controls over personal data for individuals and provide confidence in digital businesses trading in personal data, according to Lawrence Jones, CEO of data hosting and cloud computing firm UKFast. "The opportunity is arising for the UK to establish itself even further as a leading player in data analytics, datacentres and global data processing services. We’re in an incredibly strong position as we hold the highest privacy standards, but we need to keep that up after we leave the EU,” he said. Jones said that in the light of Brexit, the government’s plan to to deliver legislation at least equal to the GDPR is reassuring. “Businesses are built upon confidence – confidence in suppliers, in each other and in the economy. Brexit has already ...