Singapore: a nation united on its digital future 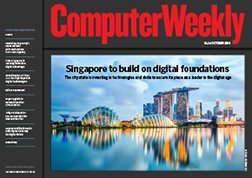 As a small city state with fewer than six million people and no natural resources to rely on, Singapore needs differentiation to prosper in the global economy. This, combined with a need to be efficient with its limited resources and space, has put digital technology high on the government agenda. Since its independence in 1965, the nation has focused on specific industries. Initially, it used its strategic position in the world to develop as a sea hub, which is now the world’s second busiest. It then turned to higher value manufacturing before focusing on services, especially those in the finance sector. The nation has now put foundations in place to become a major user and supplier of digital services. Launchpad for a digital future The recent merger of two government departments, to form the Info-communications Media Development Authority (IMDA) of Singapore, is the launchpad for the next phase of the city state’s Infocomm Media 2025 vision. The IMDA is the result of a merger between the previously Media Development Autority ...