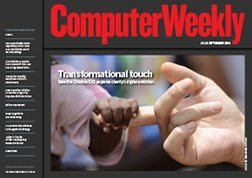 Andy Williams, global CIO at Save the Children, sits in a breakout area of the charity’s London head office, near Trafalgar Square. The area is festooned with flags in celebration of the recent European Football Championship in France. Williams tells me he drew Switzerland in the office sweepstake, meaning his participation drew to a close at an early stage. His IT career, however, is very much on an upward trajectory. Williams spent more than 20 years on the consultancy side of the IT industry. He worked for Accenture for 15 years and subsequently spent time with KPMG, IBM and Wipro. Willliams was head-hunted by consumer giant Unilever in 2007, where he spent five years running IT transformation. He held two key roles at Unilever, vice-president of IT global services and head of IT for Europe, the second of which involved getting agreement to move a significant part of European IT services to Bangalore. He considered moving to India for a couple of years to help run the project, but decided to stay in Britain due to family ...