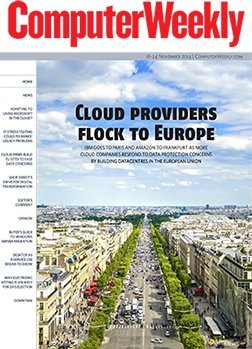 Technology occupies centre stage at Shop Direct as the retail giant pursues its goal of becoming a "world-class digital retailer." The company behind brands such as Littlewoods.com and Very.co.uk is driving a three-year IT transformation process that began in January 2013, with the appointment of CIO Andy Wolfe. Wolfe, who previously headed a digital transformation programme at mobile giant O2, was tasked to address some of the technology-related issues of the business and create a path to support its online ambitions. The company's digital progress has already generated tangible results, with a pre-tax profit of £6.6m in 2013 – its first in 10 years. The previously underperforming online channel now represents the majority of sales, while mobile revenue is also on the rise. “We have a huge ambition and challenge for IT at Shop Direct, which is all about the modernisation of the infrastructure as well as actually creating value through technology, while increasing the pace of technology-driven change,” Wolfe tells Computer ...