IT managers find backing up virtual infrastructure too difficult, according to a study from data back-up company Quantum.

The survey found nearly 90% of IT managers admitted they struggle to backup data in virtualised environments.

As a result of server virtualisation, IT managers said they are paying more in software costs to address these issues (25% versus 22% in 2010).

One in four IT managers continue to experience back-up problems at remote branches as a result of server virtualisation. The study is based on a survey conducted by Toluna of 500 IT decision-makers at businesses with at least 100 employees. 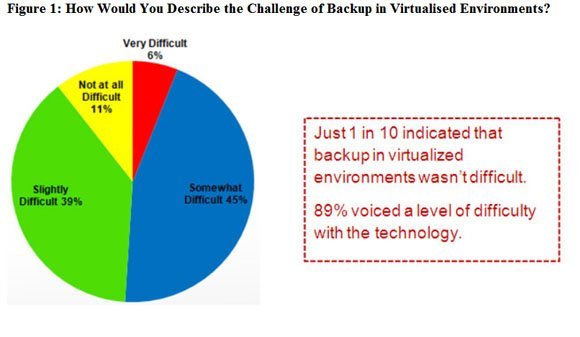