This article can also be found in the Premium Editorial Download: Computer Weekly: How Taiwan is building the internet of things

Prior to joining Police Mutual as CIO in 2011, David Loughenbury had gained experience of change management working in retail financial services, where he delivered large business change and IT programmes for a number of companies, including Hbos, Aviva and Yorkshire Building Society.

On joining Police Mutual, Loughenbury says his most immediate goal, and the one that has driven a three-year strategy, was to join up the firm’s disparate IT. "The company had been pulled together under a loose group," he explains. "Business areas didn’t have a lot of contact with each other and we didn’t have a single view of the police."

From an IT perspective, Loughenbury says every business ran its own line of business system: "We had 35 servers, which were quite dated. We needed a revamp."

While the business clearly functioned, according to Loughenbury, the disjointed IT constrained its ability to move quickly. "The pace of change was very slow. Systems were very cumbersome and this was constraining the business. For instance, when I joined we spent six months to change 19 business documents," he says.

To grow, the business needed to make use of its corporate assets to understand its members better. Due to unconnected IT systems, Loughenbury says there was low awareness of which products a member had bought, which meant marketing was not co-ordinated across Police Mutual’s life and general insurance businesses.

"We did not look for cross-selling opportunities. We wanted to look at the whole relationship of members," he says. This would involve shifting the business from one that was predominantly order-taking, to a focus on growth.

But IT clearly needed a rethink. "We researched the costs and I looked at the IT kit we had, and it was not going to cut it. Most of it had gone past its depreciation date and we were running unsupported software. The exec team realised IT needed a significant upgrade because our key growth would come from using data better," says Loughenbury.

The company had two main choices at the time – move to the cloud or upgrade its on-premise IT. "We assessed moving to cloud but we decided in 2011 to upgrade, because the cloud was not mature enough," Loughenbury says. When asked why, he answers: "We were more cautious then, but we would take cloud computing more serious today."

The other big decision he made was to limit the number of IT suppliers. Historically, Police Mutual had limited the changes it made to its IT systems and needed adequate partners to support the different environments it ran.

Given that many of the IT environments at the firm were Microsoft-based, Loughenbury decided to standardise on Microsoft tools. "We looked at end-to-end integration," he says. "Two to three suppliers would have made our jobs harder and we did not go for best-of-breed. Microsoft does most of what we need. Rather than use Oracle or other products, we chose Microsoft by default right through the organisation," he explains.

For instance, Microsoft Dynamics is used for customer relationship management (CRM) and enterprise resource planning (ERP), while Lync runs the callcentre. The functionality Police Mutual needed could be adequately addressed through Dynamics, says Loughenbury. "Dynamics may not be as strong as others vendors, but it is an area Microsoft is growing."

Creating a single customer view has delivered the biggest value to Police Mutual. An operational data warehouse is linked to Dynamics CRM, providing details of 350,000 members. "This allows us to get more granular marketing,” says Loughenbury. “[As a result] we are 30% ahead of our business benefits targets."

The company has also built a common desktop on top of its legacy back-end systems. "The CRM acts as the front end to the legacy platform. CRM is very good for managing customers, but when you start changing details you need the legacy system,” he says.

The approach Loughenbury has taken avoids the cost of rewriting the legacy systems. Instead, users simply click on a browser tab to drill into the member record on the legacy system. “It is a lot more seamless than before and allows us to abstract the legacy platforms," he says.

Loughenbury selected managed services provider Avanade to support the Microsoft environment. Speaking about the contract with the firm, which was originally signed in Easter 2012, he says: "We did not want lots of partners, just a small number of people who could understand our estate, with the ability to do more of the heavy lifting offshore. This gave more assurance of reliability of delivery."

According to Loughenbury, the contract was constructed in a way that would give Police Mutual flexibility with the ability to have managed projects, as well as time and material-based projects. 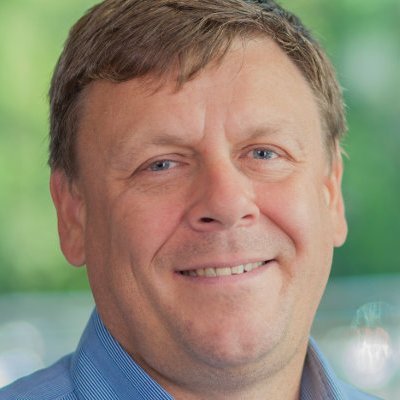 Speaking on the early challenge of working with Avanade, he says: "We needed to talk the same language in terms of acronyms and internal process names." Once these had been worked through Loughenbury says the teams were able to have the right conversations.

One of the key aspects of the contract was that Police Mutual wanted to transition from onshore to move more work offshore. "Our team is made up of 27 people. The majority are based in India,” explains Loughenbury. With the team spread over two continents he says success depends on good communication. “We all have the same agenda," he adds.

Governing the contract involves monthly meetings with the UK Avanade teams. Loughenbury says the offshore teams participate in monthly and quarterly meetings, and his team visit the offshore site at least once a year.

When asked how he has found working with the offshore team, he says: "Code delivery is excellent. In some projects we were worried we hadn’t tested because there were so few defects."

Police Mutual is now on a journey to expand its business to cover financial services for both the police and armed forces, and joined-up IT will be key to achieving this.

For Loughenbury, next on his agenda is the development of a new billing platform based on Microsoft Dynamics, as part of the wider business strategy to modernise the organisation. "We want to make our business more digital and become an intrinsic part of the police," he says. This will become even more important for Police Mutual as it expands its services into the armed forces.