Spotlight on ANZ: Government IT 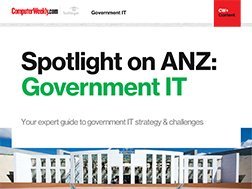 Governments are in the unenviable position of balancing often conflicting interests of consumers, businesses and their nations. The Australian government is no exception. In this e-guide, you can read more about the challenges that Australia’s government is facing in bringing the country’s national fibre network up to speed, its plans to push ahead with decryption laws and what it is doing to safeguard critical infrastructure from cyber-attacks.