Senior business decision-makers are more likely than IT departments to be the driving force behind cloud adoption in companies, new Rackspace research suggests.

The hosting provider commissioned Vanson Bourne to quiz 250 IT decision-makers and 250 business decision-makers about their cloud migration plans, and one-third (32%) of respondents said it was the latter group that tended to champion the use of off-premise technologies within their organisations.

Also, 22% of those questioned said their company’s use of cloud was being spearheaded by the IT “development” department, while 18% said the board was pushing them to adopt the technology.

“Just 14% said the IT operations department was the main sponsor of the migration project, and 11% said a business leader with no knowledge of the cloud was the main instigator,” said Rackspace’s Anatomy of a Cloud Migration report.

“Overall, this means that CEOs, business leaders and boards of directors drive six out of 10 (61%) cloud migrations,” it added.

In cases where the move to cloud was being led by a business leader rather than a tech one, it is far more common to see companies employ a third-party organisation to oversee the process, the report said.

As for the reason why business leaders, rather than IT decision-makers, are leading organisations’ cloud charge, it could be because adopting cloud is seen as a way of cutting costs from the business.

Indeed, 61% of those surveyed cited IT cost reductions as the main reason why they were moving their IT off-premise, followed by the need to increase resilience and boost their organisation’s  disaster recovery capabilities (50%).

Improving security and business agility were flagged separately by 38% of respondents as their top reason for adopting cloud technologies.

“What is interesting is that businesses and IT departments are now also recognising the resilience and security benefits of the cloud – again driven by the fact that applications are now directly revenue-generating and no longer simply exist as IT cost centres.”

According to Rackspace, this trend is being fuelled by the fact that companies are increasingly wary of falling victim to cyber attacks.

“Cloud providers are giving businesses access to a highly secure datacentre with technical professionals monitoring activity 24/7/365 as the de facto standard,” the report said, which is a level of protection few firms may have in place for their own infrastructure.

However, while improving security is seen as a reason to move to the cloud, the report also suggests that cloud security concerns remain the biggest overall barrier to adoption in many organisations.

Some 48% of respondents confessed to being fearful about data security and privacy in the cloud, and 55% of IT decision-makers citied it as a barrier to adoption, compared with 40% of business leaders.

Broadly speaking, these concerns fall into two categories, the report said, with some firms preoccupied with fears over data security, compliance and monitoring, while others are focused on ensuring their corporate information is locked down during the migration itself.

Brian Kelly, chief security officer at Rackspace, said that, overall, the report’s findings suggest companies are increasingly comfortable with entrusting their data to the cloud.

“Cloud has long been associated with a loss of control over information, but more and more businesses are now realising this is a misconception,” said Kelly.

“Organisations are increasingly seeing the cloud as a means of keeping their systems and information safe and, in the year ahead, security will be an accelerator, not an inhibitor, of cloud adoption.” 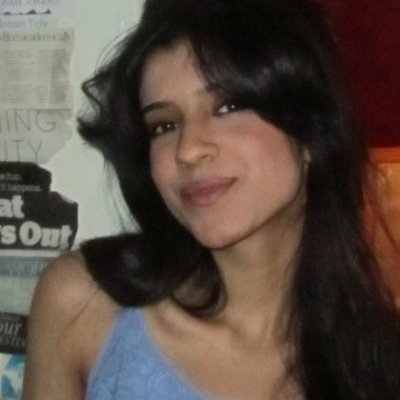 Anamkh - 12 Jan 2016 11:41 AM
Very true. It shouldn’t come as a surprise that it is senior business decision makers who are leading the change than IT departments, because the key factor in the success or failure of the cloud adoption is down to culture which is in the hands of the senior business decision makers. Allen & Overy are a prime example; when they adopted HighQ’s Collaborate they subsequently created community manager roles to help lead the way for their employees. The bigger enterprises know that their senior leaders will also have to play an active part in creating this culture shift. And if you go with an established vendor, they should work with you on creating solutions which work for you and your teams.

The real irony I think is this idea that moving to the cloud will give you less control than using your own in-house built solutions. Ironic because A&O experienced the complete opposite after initially thinking the same thing, only to find that they had more control and were able to do more effectively, quickly and safely than they could with their previous platform. It proves that it really is about which vendor you choose to go with.