Nearly $40bn of SAP installed software will move to the cloud delivery model in the next two years, suggests research from IT services firm HCL Technologies.

A group of $1bn and above revenue companies plan to migrate 46% of their existing SAP on-premise environment to the cloud, according to the research. And they are doing so mainly to be more agile, not to save costs.

Mark Hirst, head of SAP, enterprise application services at HCL Technologies, said: “It is interesting that cloud is now a done deal, but it is not a simple ‘lift and shift’ to the cloud that organisations are planning.

“But I am not sure the SIs [systems integrators] are keeping up. Cloud is a different proposition. It is more about rapid deployment, less focused on configuration, and more about change management”.

Some SAP user group research in 2012, among UK and Ireland customers, suggested strong scepticism about the supplier’s cloud strategy.

Hirst commented: “There is more ready acceptance now, although it is still not right for all aspects of your estate. Agility, flexibility and technical compliance to future-proof against SAP’s [technology roadmap] are the drivers, not cost savings. The cloud is about enabling different ways of doing business.” 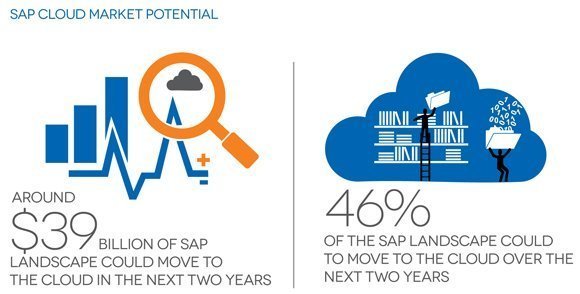 HCL’s global survey of 100 executives from large enterprises revealed that 45% of organisations have increased their SAP cloud investments over the past year and expect to nearly double those investments in the next 12 months. 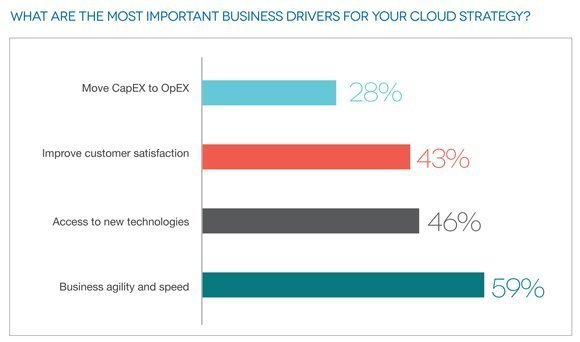 Business agility and speed (59%), access to new technologies (46%) and improved customer satisfaction (43%) emerged as  big drivers. And 56% of respondents said they expect to use SAP Hana Enterprise Cloud in the future.

Some 30% said integration challenges with existing systems inhibited them from moving to the cloud, and 36% cited security concerns.

But only 2% of respondents had no cloud strategy. Of the rest, 20% were evaluating a strategy and the rest were at various stages of implementation.

The survey also revealed that SAP’s Cloud Extension policy, which enables the partial termination of existing on-premise software licences and associated maintenance costs, has made moving to the cloud a more attractive prospect for nearly three-quarters (74%) of organisations.

The global survey of 100 large enterprises with revenues in excess of $1 billion was commissioned by HCL Technologies and conducted by research company Vanson Bourne.