Designing and implementing a public cloud strategy for online takeaway service Just Eat has been its CTO Carlos Morgado’s (pictured) first cloud computing project in his 15 years in IT – and one of the most exciting and rewarding projects he has worked on.

Just Eat, which launched in 2001, operates in 13 countries around the globe with nearly 1,000 employees.

When Morgado joined four years ago, Just Eat was operating in four countries. As the takeaway service looked to expand, Morgado knew he did not want to set up a giant datacentre in Europe to power Just Eat’s business in far-flung areas with different time zones, such as Brazil and India. “Having a datacentre wasn’t tenable,” he says.

And Morgado knew flexibility in IT capacity was crucial for a business such as Just Eat, which has peaky weekend demands and slower weekday afternoons. Between 7.30pm and 9.00pm on a Saturday evening is Just Eat’s busiest period in the UK, but building a fully equipped datacentre to meet demand during those peak times would mean paying for idle resources during non-peak business hours.

“Why would you want to drive a Ferrari on occasions when a Ford Fiesta would be perfectly acceptable?” he asks.

Morgado, as Just Eat’s group CTO, is responsible for its e-commerce platform around the world, internal IT systems, all the applications and workloads, and desktop services for its employees. He and his team have embraced the concept of cloud computing quite strongly. The company moved to Google Apps for Business in February 2012 and uses Google's cloud-based Gmail application and Google Drive.

But Morgado wanted to take advantage of cloud’s flexibility and agility on a larger scale within the company.

While on-demand capacity was the obvious reason to move to the cloud, Morgado was not looking at it purely from an infrastructure point of view. He had more strategic objectives of using cloud computing services.

IT challenges around scalability are not impossible to solve using a more traditional IT approach, he says.

“We considered cloud because it would give the engineering team the time and ability to deliver an improved customer experience and allow us to focus on more strategic and value-added IT projects than simply patching software, fixing servers and drivers and managing IT performance,” he adds.

Its infrastructure advantages, while important, were secondary considerations, he says.

“We wanted to use off-the-shelf toolsets and needed a supplier that had a mature services set available,” he says. “We found AWS to be most mature at scale, having rich features, and with a global presence.”

Morgado’s cloud strategy is “not to waste time building what you can buy”.

“We considered Microsoft Azure but we didn’t want to constrain all our IT to the Azure stack,” he says.

Morgado convinced the financial stakeholders of the company to use public cloud with his clear and planned cloud roadmap. “It was important to have a practical, balanced approach rather than telling the stakeholders that ‘We’ll be on public cloud in the next two months. Let’s hope for the best’,” he says.

Public cloud seems to be stable, resilient and efficient. I would recommend it to everyone, but you have to go in with eyes wide open

Morgado’s strategy was to reassure the stakeholders by telling them that the IT team was building a resilient public cloud infrastructure and had factored in failure instances.

“Failure is likely to occur and we had to design bearing that in mind,” he says.

After two years of due diligence, using AWS cloud in beta, and migrating smaller, non-critical applications first, the IT team started using public cloud fully in production at the beginning of 2013.

Today, almost 95% of Just Eat’s e-commerce platform and its associated applications are hosted on the AWS cloud. In addition, its testing and developmental toolsets and mobile applications are running on AWS too.

Just Eat’s UK business is the company’s most lucrative market and it was the last e-commerce services that Morgado migrated to AWS.

But doesn’t lack of cloud standards and interoperability worry Morgado?

“It does. We have even replaced our own queuing system with Amazon’s SQS [Simple Queue Service] system," he says. “But we have built the architecture in such a way that it will be easy for us to swap out Amazon’s SQS should a newer, better tool become available.”

Such a long-term strategy and cautious approach to cloud helps Morgado insulate the company’s IT from supplier lock-in. 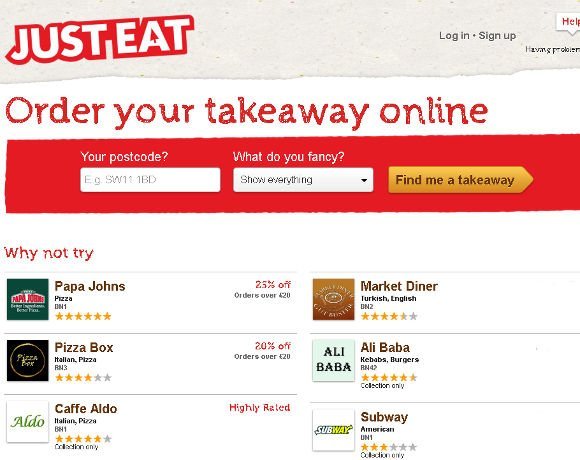 Just Eat’s IT team has seen all the efficiencies it was expecting from public cloud services. The cloud strategy has also helped Morgado foster innovation among the IT team – his key objective.

“We run regular hackathons. One of the impediments in the old infrastructure was that the hackathon output was constrained because of our hardware limitations. But with AWS, the IT team can copy our complete environment quickly, easily and cheaply to facilitate hackathons,” he says.

Coping with downtimes and cloud outages

But there have been problems too, Morgado admits. “Since using cloud in production, we have experienced two downtimes,” he says.

He emphasises the importance of making changes to software architecture before migrating to the cloud: “We were fully aware of that, but we did not re-architect 100% of our software and one of them bit us. Another downtime was because of one instance of bad coding by our internal IT team.”

But Morgado says envisaging downtime and failure was part of the cloud project. “Downtime happens in in-house IT too, but cloud outages receive more bad press,” he says.

“We had more downtimes with our old infrastructure; public cloud seems to be more stable, resilient and efficient. I would recommend cloud to everyone, but you have to go in with eyes wide open.”

During the initial stages of migration, Morgado was constantly reminded by cloud skeptics about every single failure or outage instance. “It was very annoying when people would rubbish public cloud services and pinpoint cloud failures all the time," he says.

But if a cloud project failed, it may have been because of bad execution, lack of due diligence or no effort on software architecture, he adds. “We had to constantly tell the skeptics that we were not building for the cloud in the same way.”

Another cloud-bashing that annoys Morgado is the talk around its lack of security. “I don’t subscribe to the idea of cloud being any less secure than in-house IT. You have to engineer cloud for security as a good practice,” he says.

Despite being a front-runner in cloud adoption, Just Eat still runs sensitive financial applications in the company’s only datacentre in Denmark.

But Morgado envisages a future where cloud computing will be used in more facets of IT. “The only reason we are not currently putting financial services workloads on the public cloud is because of compliance regulations,” he says.

And even within the AWS cloud, Just Eat hosts database workloads in Amazon’s Virtual Private Cloud (VPC) because it wanted some tools to be directly accessible only to the IT team.

There is always a way to make applications on the cloud secure, it is just a matter of choosing the right cloud strategy and platform

There is always a way to make applications on the cloud secure, it is just a matter of choosing the right cloud strategy and platform, he insists.

Having overcome issues around flexibility and capacity provisioning in peak business hours with public cloud, Morgado and his team are now focusing on improving the company’s call centre telephony infrastructure and developing more mobile applications for better customer services.

But has moving to the cloud rendered any cost savings to the company? “The money that is going out of our bank account every month for cloud is the same as it was with our traditional infrastructure. So no direct cost savings,” he says.

“But if you take into account the true value, the improved IT availability, the time saved on not running backups or patching operating systems and instead focusing on more strategic IT, cloud has definitely given us more return on investment.”

If given a chance, would Morgado do anything differently in his journey to the cloud? “I wish I had been a bit more aggressive and moved to the cloud earlier,” he concludes.