Japan’s K computer, ranked last year as the world’s most powerful supercomputer, is expected to drive breakthroughs in engineering, medicine and science when it enters live operation in October.

“Supercomputing is a fundamental technology to understand artificial structures, to understand molecular proteins, for drug design and manufacturing technology,” said Mitsuo Yokokawa, group director of research at Riken, in an interview with Computer Weekly.

Developed over seven years, the K Computer uses 90,000 processors, capable of making 10 to the power of 16 calculations per second, to solve highly complex engineering and scientific problems.

The machine puts Japanese technology ahead of the US and China, in an increasingly competitive computing equivalent of the 1960s space race.

“One of the motivations was to get the top place supercomputer in the world. The US and China have a large capability in supercomputers, and Japan had experience of developing supercomputers in the past. We wanted to be top of the class,” he said.

Japan’s previous record breaker, the Earth Simulator computer, stunned the industry when it reached the Top 500 list five times between 2002 and 2004, with a speed of  40 terraflops.

But records do not last long, and Fujitsu and Riken started work on its replacement two years later, as machines from other countries began to edge the Earth Simulator out of its high-ranking position.

Breakthroughs in chip technology allowed the researchers to squeeze more computing power onto the silicon chips than ever before.

It uses sophisticated iced-water cooling systems, physically built into the printed circuit board, to keep the chips cool.

And a multi-dimensional network, dubbed Tofu, links the processing units together in a way that allows the machine to continue calculations should a node fail.

The K computer in numbers

The computer, which occupies 864 cabinets in a laboratory in Kobe, will start running the first live applications in the next few months.

Half of the CPU time will be reserved for strategic research in bio-science, nano-technology, advanced manufacturing and basic science, including modelling the origins of the universe.

Projects underway include a cell-by-cell simulation of a beating human heart, simulations of silicon nano-wires, and earthquake simulation.

The lab also plans to open up 5% of the supercomputer’s capacity to Japanese industry for industrial design and simulations.

Because the K Computer makes use of conventional processor chips, rather than adapted graphics chips, organisations should be able to adapt existing code relatively easily, said Yokokawa.

“This makes converting programs for the K computer straightforward. Of course, if we want to get more performance, we have to tune the code to the K Computer, but in the first stage we can use the code as it is,” he said.

In the longer term, smaller companies could benefit from being able to model advanced engineering designs before putting them into production, said Yokokawa.

“It is better that we target the big companies first, but the techniques we develop, we will widen to small companies,” he said. 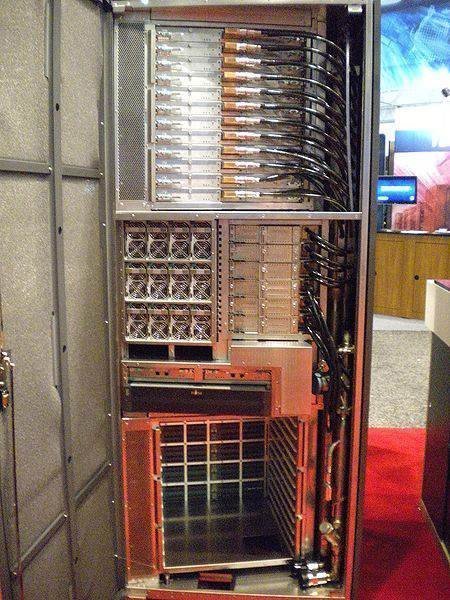 A cabinet of Riken's K computer prototype, manufactured by Fujitsu

And the supercomputer space race is just as important as ever. Japan has already started a feasibility study for the next-generation supercomputer, capable of running 1,000 times faster than the K Computer, he said.