Now the Home Office has destroyed its prototype ID database in a publicity stunt, the government is putting the finishing touches to plans that would put the real Identity Scheme databases at the heart of a powerful government data sharing system.

The Government Cloud (G-Cloud), an ambitious Cabinet Office scheme to share IT resources and data across the whole of government, is seeking to remove all technical and organisational barriers to public sector data sharing.

Reports published last week by the Cabinet Office describe how G-Cloud will exhume the data sharing systems that underpinned ID Cards, along with the fatal data security risks that went with them. The principles will be applied to all government data. The plans have been overseen by the same executives who oversaw the ID Scheme’s data-sharing system, the ill-fated CISx. 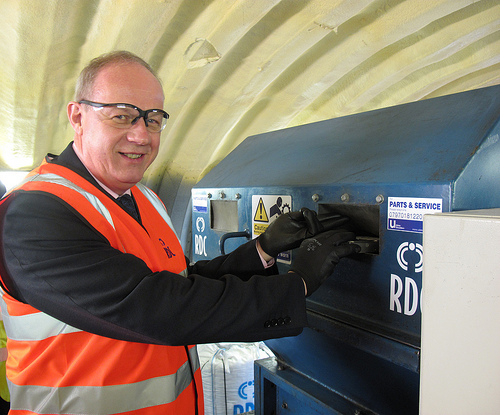 The reports state that the only limits to data sharing between government departments in the G-Cloud would be those imposed by law. It is presumed that whatever sharing is required will be permitted.

The principle was established a year ago in the G-Cloud Vision, which was drafted by Martin Bellamy, the same civil servant who advised ministers to proceed with the CISx as one of two core components of the ID scheme.

Bellamy’s Vision cited the CISx as an example of the sort of data sharing that would be possible within the G-Cloud. The CISx plan had involved turning the Department for Work and Pensions Customer Information System database (CIS), which contains personal details of everyone in the country, into a system that could be accessed across the whole government.

“As it develops, the G-Cloud will become the repository of a significant portion of Public Sector data,” it said.

Bellamy’s Vision laid out architectural principles explored in greater detail by G-Cloud working groups under the coalition government last year. The most fundamental was that the government should seek to ensure that data items were harmonized across government so they could be linked.

The G-Cloud seeks to harness the power of the internet to create a network of interchangeable and interoperating systems. It is envisaged that the near entirety of public computer systems would be assimilated by the G-Cloud programme in 10 years.

John Suffolk clarified the vision before he stood down as government’s chief information officer last year. The government CTO Council would oversee the development of common data standards G-Cloud required.

“These standards will also ease the process of sharing data between different public sector organisations,” he said.

After Joe Harley was appointed CIO in January this year, his division of the Cabinet Office put its stamp on the most up-to-date of the draft G-Cloud plans, the G-Cloud Services Specification.

The specification took the idea of G-Cloud as crucible of government data sharing and rebranded it as system for “Information Access”. This involved different public bodies sharing one another’s applications in order to access one another’s data.

It used precisely the same language as the year-ago G-Cloud Vision to describe the framework within which G-Cloud data sharing would operate.

“This service will only be permitted where statute allows the data to be shared with the requesting public body,” said the reports.

The only other data sharing proviso would be that “information assurance requirements for the data are adequately supported across the G-Cloud,” they said. 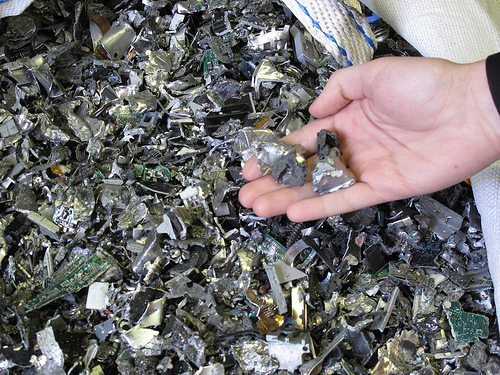 This lesson will be fresh in the minds of those in the Cabinet Office putting the finishing touches to the G-Cloud strategy. Harley was CIO at the DWP when the CISx plan was devised and was still there when it was scrapped last year. Ian Watmore, his boss at the Cabinet Office, spearheaded the Transformational Government strategy by which the Labour government had sought to increase public sector data sharing. The CIS got a special mention in the Transformational Government strategy as well.

The Home Office said last week its minister Damian Green (pictured) had destroyed Labour’s ID database. But he only destroyed the temporary system the Home Office erected in a hurry so it could get ID cards on the streets before the 2010 election. It had still not proceeded with integrating the real ID databases because it was still trying to work out how to resolve their excruciating data security problems.

The photographs of Green shredding hard disks on an industrial estate in Essex were a publicity stunt staged to destroy a publicity stunt. It was always said the ID cards were a only a token of the sort of computer systems that have already become well established instruments of government.

The databases still exist. The government still has a plan to integrate them. And the security problems inherent in public sector data sharing have still not been resolved.