Despite being outclassed in the semi-final by eventual World Cup winners Germany, host nation Brazil can take some solace from the fact that its team was the most tweeted about in the finals, according to a data analysis app from Tata Consultancy Services (TCS).

A total of 19% of World Cup tweets mentioned Brazil, while winning nation Germany accounted for only 7%.

The blow is further softened by the fact that crocked striker Neymar and error-ridden defender David Luiz generated the highest number of tweets.

TCS used its SocialSoccer app to analyse social media throughout the football tournament.

England fans will be pleased to know their Twitter stats are better than their team's footballing skills, with 6% of tweets mentioning them, ranking them the fourth highest. 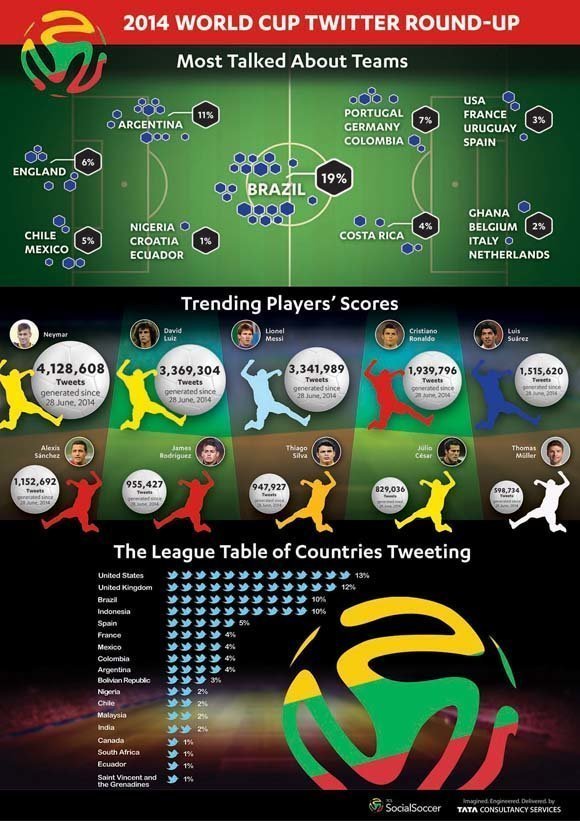 Read more on IT for leisure and hospitality industry