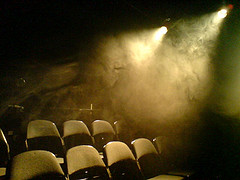 The CWT everywoman in technology awards, supported by Computer Weekly as a media partner, aim to shine the spotlight on female role models in the IT profession.

Maxine Benson, MBE, co-founder and director of everywoman, says, “We hope to uncover some truly inspirational women whose success demonstrates the vast career opportunities within technology. Technology is playing a role in all businesses today, including ecommerce, mobile technology, entertainment, health and beauty.”

“We are keen that these awards will show the diversity of opportunity the profession offers women,” adds Benson.

Benson hopes the awards will show the diversity of opportunity the profession offers and encourage more young women to opt for a career in technology.

Maggie Berry, managing director of womenintechnology.co.uk adds, “This is a fantastic initiative to celebrate the wealth of female talent that already exists in the UK’s technology profession – there are lots of unsung female technology heroes out there and we’re really keen to promote them and their work.”

The awards opened for nominations on 19th November and close on 7th January 2011.

The awards are free to enter and applications can be made online.

Who will you be nominating?