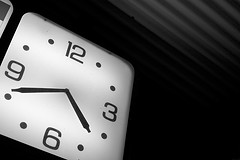 If you haven’t made a nomination yet, you only have four weeks to go before the CWT everywoman in technology awards closes to entries.

Computer Weekly are supporting the awards as a media partner and will be covering its progress in the coming months.

The seven categories are as follows:

• Rising Star of the Year

Awarded to the woman aged under 30 who is excelling in her technology career, making a valuable contribution to her organisation.

• Business Leader of the Year

• Team Leader of the Year

• Innovator of the Year

Awarded to the woman designing, developing or implementing technology in an unconventional and innovative way, for a new technology application, architectural initiative or in a new environment

• Entrepreneur of the Year

This award will go to an owner / operator of a technology business or business operating within the technology space. Her entrepreneurial vision and talent will inspire others to start their own technology related venture

• Inspiration of the Year

This award recognises an individual for their commitment to encouraging, advancing and/or championing the progress and development of women working in technology

The awards ceremony will be held on 22nd March 2011 in central London.