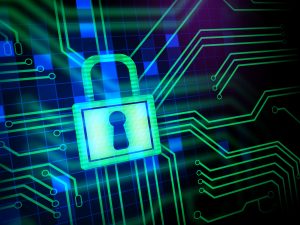 It doesn’t seem that long ago where there were three main focuses on data security:

Each had its own focus; each had its own problems.  Layering the three approaches together often left gaping holes through which those with malicious intent could drive a coach and horses.

However, we are now seeing a new type of vendor coming through: ones who seem more in line with what Quocirca has termed a ‘compliance oriented architecture’ (COA) for some time.

The focus here is to pay less attention to the things that create or store the data and information, instead focusing on the data itself and how it flows across a set of constituent parties directly.

For example, if a company depends on application security and that security is compromised, the malicious individual is now within the ‘walled garden’.  Unless identified and locked out, those breaking in with sufficient privilege are free to roam amongst the data held within that application.  The same with database security: break through the onion-skin of that security and there is all the data for the malicious individual to play with.

Document management systems that are solely dependent on the use of underlying databases for storing the documents as binary large objects (BLObs) often combine both approaches: they have user/roll policies combined with database security – still not a very strong approach.

Instead, if the data is captured at the point of creation and actions are taken from that point on, security can be applied at a far more granular and successful level – the attack vectors for malicious intent are minimised.  Combine this with total control of how data is accessed – via any means, such as a piece of client software, an application-to-application call or a direct SQL/API call – and a different approach to security across a distributed platform with different end users over an extended value chain becomes possible.

One vendor in this space that Quocirca has been talking with is Edgewise Networks.  Still operating in beta mode with a select group of customers, Edgewise takes an approach of applying direct security over the connections between different aspects of the overall system.  For example, it identifies connections from devices to applications, and from application to application or service to service.  In the case of a database, it can see that the dependent application needs to access it, and so can allow the connection.  However, should there be an attempt to access the data via any other means – another application, a direct SQL call or whatever – it can block this.  It logs all of the information, enabling forensic investigations of what has been going as well.

EnterpriseWeb is another company with a compelling approach. It offers an application platform that supports the modeling of complex distributed domains and the composition of dataflow processes. It is fully dynamic, processing functional and non-functional concerns in real-time based on live metadata and real-time state. This means that EnterpriseWeb enforces security, identity and access policies per interaction, ensuring continuous and targeted enforcement. EnterpriseWeb makes it possible to have consistent policy-control over heterogeneous endpoints, systems, databases and devices. Moreover, it can extend security across domains for highly-integrated and transparent operations. It can do this both at the human and machine-level, where it can coordinate the deployment of probes and monitoring applications on to nodes for closed-loop control.

Systems such as those provided by Edgewise Networks and EnterpriseWeb could change the way that organisations operate information security across a diverse, hybrid private/public cloud platform.  By taking control of the interactions between different functional components, data can be secured as it traverses between the functions, and man-in-the-middle attacks can be prevented.  When combined with other approaches such as object-based storage and encryption of data on the move and at rest, an organisation can move away from firewall-style approaches which are failing as the edge of the network disappears to a far wider-reaching security approach that is easier to implement and manage.

Sure, Edgewise Networks and EnterpriseWeb are young companies that still must prove themselves not only as technically viable and innovative in the long term, but they also must show that they can market themselves successfully in a world where the technology comes second to the marketing message.