Keeping anything safe and secure involves multiple considerations. Avoid putting yourself in danger, put up a protective ‘shield’, detect when that is compromised, take mitigating action.

When it comes to communication and the modern hyperconnected world based on open protocols, it’s much harder to avoid danger. Hence shields and detection are the significant part of the online security proposition.

Mitigation is another matter. While some of it can be accomplished financially or through after the event actions such as insurance claims, smarter or a more holistic use of technology can also offer useful and timely support reducing the negative impact of incidents. 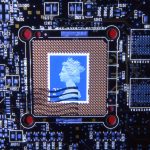 Consider email. From a business perspective, many will feel it is a double-edged sword – can’t live with it, can’t live without it. The general expectation with email is that it should work, be used sensibly to deliver important messages which arrive promptly and be addressed to the correct people! Emails should be uncluttered by lots of surrounding dross, especially malware.

The reality is of course all too often the exact opposite. While the internet might have robust survival in its core packet switching protocols, some of the applications layered over it can be flimsy at times. Email systems need enhancing, at the very least with anti-SPAM and anti-malware shields and data leak prevention. The  major security players have built up considerable expertise in this sector, including Trend Micro, Sophos, McAfee and Symantec.

However, there is no such thing as 100% protection. Given email’s significance and business dependence on it, many could benefit from going further with additional layers of defence. This does not mean a protectionist approach of ‘closing the door’, but better monitoring of communication flow, and critically, an ability to learn, adapt and follow up in real time.

Recognised malicious software should be detected by antivirus scanners and stopped on entry to an organisation well before delivery to its final destination inbox. But this is a moving feast. New malware appears, before scanners are updated, meaning there will be traffic that has already passed through the secure perimeter.

This is where solutions that take a retrospective view, such as Retarus’ Patient Zero Detection, can add value to the internal flow of email within an organisation. In addition to perimeter protection, it uses an innovative follow-up approach based on post-delivery identification of attacks. This takes advantage of the time lag between an email entering an organisation’s email system and then being accessed. It applies a trace to all incoming messages so that this can be done rapidly, without resorting to searching all inboxes.

Imagine the scenario. Email with new virus that is not picked up by the barrier protection passes into the organisation and through to inboxes without being noticed. Normally when it is accessed, by one recipient or another, the problem will manifest…or perhaps not, but the damage is done.

With the Patient Zero Detection approach, each incoming email is given a unique digital fingerprint/hash code so that it can be traced. If an email containing a new virus gets through, but the virus is subsequently identified, recipients can be identified retrospectively. Administrators (and if required, recipients) can be immediately warned and appropriate action taken to prevent further impact.

This approach not only supports rapid and targeted responses to potential problems, it also allows for more forensic exploration of the flow of messages – both safe ones and those containing malware. It is not foolproof, and needs to be part of a wider email security strategy. But it does provide an additional layer of support in avoiding the worst possible impacts of malware and user behaviour.

Security strategy – a portfolio of tools and educated users

It is often said that security is everybody’s responsibility. This is true, but everybody also needs as much automated support as possible. This means not only looking at protection and detection, but also remedial action. Tackling all of email security challenges requires a range of tools and addressing every stage of the communications flow. That should help ensure that one side of the email ‘sword’ is sharper than the other!