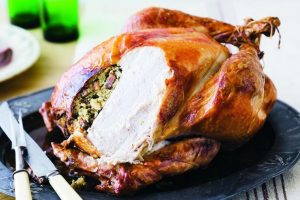 Sage Software, the financial accounting software vendor, has recently held its 2016 Sage Summit in Chicago. Over double the size of last year’s event in New Orleans, what did the event have to say about Sage’s future?

In many ways, not a lot. The headline speeches were largely around bringing in A-List celebrities (Gwyneth Paltrow, Zooey Deschanel, Ashton Kutcher, Sir Richard Branson) alongside inspirational people from the world of the Invictus Games and Sage’s own Sage Foundation. In amongst these sessions were dotted little snippets of product information.

Was this a case of there not being any real news to give? Actually no – it was a clever strategy of getting Sage’s brand better known in the US where its problem is that many of its own customers still see it as Peachtree, and are not really aware of what else Sage has to offer.

Last year was really a case of Sage CEO, Stephen Kelly, making a lot of noise to show that Sage had finally arrived at the cloud computing party. Sage Live and Sage One were front and centre, with lots of noise around the ‘c’ versions of Sage 50, 100 and 300. This was to try and head off the encroaching threat of web-native companies such as Xero, KashFlow and others – and it seems to have had a measure of success.

This year was far more a story of maturation and evolution. Cloud was presented as a given, although Kelly was still keen to ensure that everyone understood that Sage will not force any company to move from an on-premise version of its software to the cloud – ever. Sage will obviously make it more and more attractive for companies to make such a move – it will compensate its channel more for moving customers over; it will ensure that companies are aware of the extra capabilities that a globally shared platform can offer in B2B and B2C trading and so on.

The question is, will Sage ever start to purposefully not add specific functionality to its on-premise systems so as to make remaining on that platform not only less favourable, but also less viable for its more conservative customers? Only time will tell.

So, what was new? New customer characterisations – out with SMB, mid-market and larger customers. It was stated that the customer base did not really identify with the terminology (something that Quocirca can also attest to). Instead, we now have start-up and scale-up segments. Nothing too startling about this – but it may well play well with companies that want to be seen as more dynamic than an “SMB”.

At the product level, Kelly was keen to focus on how he sees the need to continue to rationalise the product portfolio, bringing it down from the close to 300 products that were around what was effectively a global federation of different companies before he joined. This is being done by building out on an open API strategy, which decouples the front end (system of engagement) from the back end (system of record) so providing much greater flexibility going forward.

This also enables Sage to make a better play for building an app marketplace – it is introducing a new Integration Cloud that purportedly will allow code-less integration of Sage, public cloud and on-premise systems. If this works as promised, Sage will be able to be a cloud aggregator and broker.

Sage will need to be the honest broker in the middle, making the identification of what app is best for the user as easy as possible. It needs to empower the Sage community to rank and score apps to weed out those that are not up to the job. It needs to ensure that it doesn’t allow any third party to water down its stated commitment to joining its customers in a strategy of trust and security.

This could be further complicated based on some of the working examples Sage showed from its integrations with other products. One showed how it integrated into TomTom Fleet Manger, tracking an employee’s movements for mileage expenses and so on. It was said that this could also then be integrated into a time charging model, for example where a professional services employee enters a customer’s building and so can automatically starting charging the customer for their time.

This is great – as long as it all works and does not become seen as too ‘Big Brother’ by the employee. If it doesn’t work, identifying the root cause and remediating it could be difficult – and who gets it in the neck? Probably Sage.

The rise of the Bot.

The most interesting announcement, though, was something that was very innovative – not only for an accounting company, but any company. Sage has brought in a very bright person, Kriti Sharma, to look at how artificial intelligence and machine learning can be brought in to the world of financial systems. To this end, Sharma has developed Pegg, a bot. Somewhat of a mix of Cortana/Siri and TripIt, Pegg can take input from (at the moment) Slack and Facebook Messenger.

Why? Well, consider expenses – many companies such as SAP Concur (which owns TripIt) and KDS have worked on automating the expense process as much as possible – and yet users still struggle with it. By using a bot, it is possible to more quickly input the expense details in natural English, and Pegg will then deal with the intelligence required to sort it out and post it to the expense system.

Sharma is fully aware of the security and other issues that there could be around this, and also keenly aware of the possible power in a natural language interface to financial accounting processes that there is there as well. As such, she is ensuring that it is a case of small steps being taken to find out what users really want, how those requirements are dealt with and how security is managed along the entire process.

So, is Sage now safe? Not completely, but it is definitely not the turkey waiting to be stuffed. It still has plenty of progress to make, but as was pointed out, the majority of start-up and scale-up organisations around the globe are still using Microsoft Excel and other not-fit-for-purpose means of accounting.

The devil is in the detail – but Sage seems to be positioning itself as an interesting ingredient in an organisation’s business recipe.