In September this year, Michael Gove launched his new scheme to making computer coding a mandatory part of the curriculum for primary school children in the UK. So beginning this term five year olds are being taught to write and test computer programmes and coding languages are to be learnt at age 11. Although there has been a harsh backlash from Teachers who claim these drastic changes to the curriculum have been rushed through and schools are not yet prepared or trained to teach these skills, Mrs Morgan ( 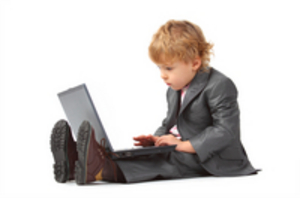 Gove’s predecessor) backs the initiative and looks to continue with the scheme.

It has been a hot topic for some time now. Tiny Estonia adopted this new approach in 2012, making lessons in programming computers and mobile devises mandatory for students from 6 years old. Mainland China also joined the revolution with Hong Kong set to be next in line. So are we right to follow suit? Estonia’s population is just ¼ the size of Scotland’s and yet it is a technological superpower and the creators of Skype. Joanna Shields, the UK’s ambassador for digital industries and chairman of TechCity UK has even gone as far as to argue that we should consider dropping lessons in foreign languages in favour of coding languages, claiming these skills will only increase in demand. So do we need to educate our children at a young age to secure our future in IT’s evolution? Or could this be damaging to the future of IT as a profession?

With the next generation being given the skills to build and support technology themselves, could the IT sector be at threat of future extinction? According to some of the people who would be most effected if this were to happen, IT Recruiters, it would seem not. Andy Milford of Skillsearch Ltd firmly believes that ‘If done properly, making computer programming part of the curriculum could provide a major boon for the UK’s IT industry.’ As a senior business intelligence and data visualisation recruitment consultant, Andy Milford confronts the shortage of skilled coders in certain UK markets on a daily basis. ‘The biggest challenge to the Recruiter is not acquire the business from the client but actually finding a candidate with the skillset to match the role,’ he explains. ‘ If children are taught to code from an earlier age then this will only have a beneficial effect on the UK where we are still seeing projects outsourced due to more available skillsets overseas.’

I asked Giles Fenwick, games and interactive manager at Skillsearch’s Digital technology arm, if he was concerned that educating the entire next generation in coding could result in a saturated marketplace.

‘I don’t believe so’ he responded, ‘what it will do is better educate those who are interested in the industry. Particularly in the games industry where success does not just come from the ability to code, but more importantly the ideas and creativity that go into making games people want to play. If children are provided the skills to produce these ideas it will only allow the industry to progress and the UK to become a major player in this high-growth digital market.’

It seems there is an uncharacteristic optimism in this particular initiative of Michael Gove and a general consensus that advancing the computer skills of the next generation is integral to this country’s growth, not only in launching the careers of future technology pioneers, but in extending the choice of technology vendors. ‘Within the Business Intelligence market in particular,’ Andy explains, ‘we have been seeing a shift away from the larger global vendors, to more affordable BI software technologies. For the smaller houses, more readily available coders and programmers is essential for them to be able to meet demand and compete’.

Perhaps what sets IT apart from other academic subjects is that it is constantly evolving and changing? This makes it increasingly difficult for the next generation to know what to expect from a career in the sector. By arming the next generation with the skills needed to build their own computer programmes we provide them a great foundation from which their imaginations are able to take over, thereby inspiring innovative future technological pioneers and establishing the UK as a leader in the digital world.