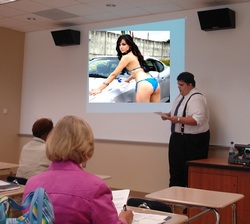 You’ve been sacked by your boss. Your life is slipping away from you.

Some people will use a gun, some use knives and some just use plain old backchat but Walter used the most dangerous weapon in the world.

Having been fired the former IT manager at Baltimore Substance Abuse System (I know, right? no wonder the guy freaked out, he was off his head!) Walter hacked into his old boss’s system and stole his passwords.

Since the incident, Powell has been given a two year suspended sentence and ordered to do 100 hours of community service and three years’ probation.

Thanks to Graham Cluley for the story.