Microsoft has confirmed that the development and testing phase is over, Windows 8 is ready.

We can now enter a period known as “hand off to hardware” as we approach the more formal RTM (release to manufacturing).

The company appears to have kept pretty tight reigns on Windows 8 application development to start with, the first apps (free during the operating system’s preview phase) appeared on the Windows Store on an “invitation only” basis.

Programmers will soon be able to start charging and the app market will open up in general.

When Windows 8 is generally available (on October 26) users in will be able to shop for apps in more than 100 languages.

Microsoft says it is “expanding the Windows Store to new markets” as it adds supplementary language support for developers.

The company confirms that it has added 24 new app certification languages (bringing the total to 38 app submission languages) — it and has also localised the “developer dashboard” into an additional 11 languages.

Developers who have a MSDN (Microsoft Developer Network) or TechNet subscription will be able to download the Windows 8 RTM code on August 15 next week.

“Back when we first demonstrated Windows 8 in May 2011, we described it as **reimagining Windows, from the chipset to the experience** and that is what Windows 8 (and Windows RT) represents for both Microsoft and partners,” blogged Microsoft’s Windows’s chief Steven Sinofsky.

“Today, the [App] Store is open for business and we’ll rapidly expand to over 200 markets around the world. The opportunity for developers around the world to deliver innovative (and profitable) apps is unique with Windows 8. We’re excited to see the work developers will be bringing to Windows 8.” 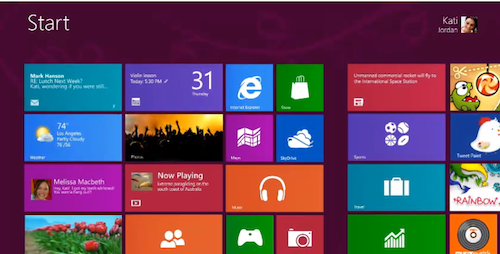