Richard Norris, head of IT and business change at Reliance Mutual Insurance, meets Computer Weekly over a coffee in the splendour of the Royal Exchange in London. The building at the heart of the City was the site of the insurance market for 150 years, a reminder of the history of a sector undergoing huge change as it modernises for the digital age.

Much like the Royal Exchange, which today houses offices, shops and restaurants, Reliance has gone through its own radical transformation. Formed in 1911, the organisation converted to mutual status in the 1950s, and after closing its books to new business for more than a decade, approached its members in 2012, winning acceptance for a new digital strategy and the launch of an online brand, There.co.uk, selling life assurance and income protection products.

Norris joined the business in 2014 and was tasked with transforming a legacy IT operation. The programme helped create a platform for change, both in technology and human resources. The reformed IT organisation now serves two roles – first, supporting the existing systems and clients of Reliance; and second, supporting the development of There.co.uk.

“I seem to have fallen into a pattern of dropping into businesses and transforming them,” says Norris who, prior to joining Reliance, held a number of technology leadership roles, including IT director at Callum Capital Ventures and head of IT operations change at Towergate Insurance. Most recently, he has changed Reliance’s IT strategy, with a new approach that created a platform for a digital revolution.

Understanding the scale of transformation

Norris joined Reliance in May 2014, when the organisation was embarking on the change programme to turn its business performance around. After marketing its products through a direct sales force and a network of tied agents, the company closed its main distribution channels to new business in 1999.

Reliance, says Norris, effectively became an administration business that was focused on servicing existing clients. The only change to IT systems was as a result of regulatory processes – and, as a consequence, Norris says IT did not develop as would have been expected in other technology functions.

“IT just stayed static,” he says, suggesting there was no project management methodology being used in the business. “Everything was managed internally. Where external partners were used, there wasn’t any real attempt to drive value from the vendors.”

Change came in 2012, when policyholders were asked to vote on the future of the organisation. As a mutual business, the leadership team approached its members and outlined plans to transform the company, including through the implementation of a new digital brand that would subsequently become There.co.uk. The firm then began its change programme.

Getting the culture and skills to support change

Prior to his appointment, Norris said he spoke with executives at the business, who explained that the existing IT department needed attention. The leadership team was keen for its employees to adopt a new cultural approach and to embrace collaboration.

“They wanted to think about how the IT department could create value from being a trusted partner to the business,” says Norris. “Historically, that hadn’t been the case. The day I started, I sat down at my desk, looked over my domain and realised you could hear a pin drop. The technical challenge was big enough but the people challenge was huge, too. So we’ve been on a real journey.”

Not long after joining Reliance, Norris presented a new target operating model for IT to the chief executive. The plan allowed him to appoint four senior managers for the key functional areas of the department, namely portfolio management, quality assurance, service assurance and solution design.

“That approach allowed me to go the market and introduce some really good skills,” says Norris, who recognises that finding the right calibre of individual is not an easy task. “I managed to secure a portfolio manager quickly, which helped. But it did take us longer than we hoped to get a good service assurance manager, and we even had to use interim talent. Thankfully, the guy we’ve got now is really good.”

Get backing from the very top

Norris says the appointment of these trusted deputies allowed him to focus on other priority areas, including support for the roll-out of There.co.uk. Progress has been rapid and impressive since his appointment. “The first six months were focused on delivering business transformation and landing various project work streams.,” he says.

“That was an incredibly intense period of time, because the business had to absorb a great deal of IT-enabled change. As an IT team, we were testing and learning in-flight, and then taking creative action. But if you think about the rate of change, we were building a massive tsunami, where we were attempting to move from being behind to being ahead of the curve. We had to start at the top and educate the executive team about their sponsorship responsibilities.” 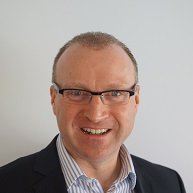 "We collect new requirements, we prioritise those, we develop an approach, and then we put the new elements into production. It’s all about analysis and rapid change"

Norris explained to C-suite leaders how and why certain projects needed to be prioritised, and how they could play a part in helping key initiatives come to fruition. Such sponsorship meant he was able to focus on the areas that would deliver the biggest potential benefits for the rest of the business.

“Once you’ve had the challenging conversations, and got the sponsors in place, your attention can be directed towards return on investment,” he says. Norris adds that his restructuring work has helped move the IT team towards a bimodal approach, with a legacy layer of policy administration and a new layer that focuses on the digital proposition of There.co.uk, which launched in November 2014.

According to Norris, the main bulk of work for his IT team in 2015 has involved a three-pronged process of test, learn and improve. Business intelligence and management information systems have been built to collect information on the way that customers interact with There.co.uk. The IT team uses this customer data to make rapid changes to the web portal, using the Dynamic Systems Development Method (DSDM).

“Our approach is agile in the truest sense of the word,” says Norris. “Let’s get projects up and running, and then modify elements as we go along. There isn’t necessarily a ‘wrong’ or ‘right’ way of doing things; instead, we’re keen to just launch something and learn from it.”

The agile approach is not just confined to the IT team. The business has been put through a significant amount of training in the use of agile methodology. Consultants from Gartner spoke to sponsors and employees about DSDM, how the process worked and how projects across the organisation could become iterative.

“We’ve got an agile, fast-paced digital offering that’s going out to market,” Norris says. “We’re having conversations within the team, and across the business, every day. We collect new requirements, we prioritise those, we develop an approach, and then we put the new elements into production. It’s all about analysis and rapid change.”

Despite the focus on all things digital, Norris must keep a watchful eye over more traditional operational IT concerns. The legacy business – in terms of the firm’s long-standing insurance clients – remains an important element of Reliance’s overall business.

As Norris looks forward, he says the biggest immediate challenge is the simplification of operational technology. “There’s quite a bit of bloat and complexity,” he says, adding that such problems make it harder for his team to make changes. Simplification will drive down the incident rate and make it easier for the IT team to modify systems.

Read more about IT in the insurance sector

From a digital perspective, Norris says his priority is to keep improving the customer experience. He recently re-architected the There.co.uk website. Prior to the change, the site consisted of two components – an external wrap, associated to the look and feel of the brand; and an internal portal, which dealt with quoting, underwriting and fulfilmen

The supplier that provided the portal worked to a waterfall methodology. Any changes to the system, no matter how simple, required a four-week development cycle. “That was just too slow,” says Norris, who spoke to the board and suggested the website needed to change.

With executive support, he approached the web developer and asked for an interface to be built that would connect front-end customer services and back-end, portal-based processes. “We’re now in a great place, where we have an HTML-enabled front end and we can make changes in an agile manner,” says Norris, who adds that the changes will also mean customers will be able to complete orders on any device, whether that is a smartphone, tablet or desktop computer.

Looking to the future with increased confidence

Norris acknowledges that he is working on a broad range of projects simultaneously, yet he relishes the testing environment. “I like challenging my team to see if we can really deliver on my aims,” he says.

In 12 months’ time, Norris expects Reliance to benefit from a simplified estate. He will have migrated a number of legacy systems to Windows and he believes the website will be running in an agile manner, with regards to testing and developing.

“The business will also be used to that way of working,” says Norris. “We’ve now got the support of some terrific suppliers, who are engaged and who are helping us to meet our aims. It will also be easier for the business to launch new products because of the IT platform we’ve created.”

The future looks bright – but, for Norris, it means the hard work has only just begun. “We’ve built the foundations of our pyramid. Now we can start working towards the pinnacle in terms of quality of service,” he says.