Now that I have described the required servers, I want to take a moment to discuss the ways that the servers will connect to your network.

The certificate authority and the IAS server will connect to your wired network in the same way that you would attach any other server. Just make sure that you don't make these servers domain controllers. 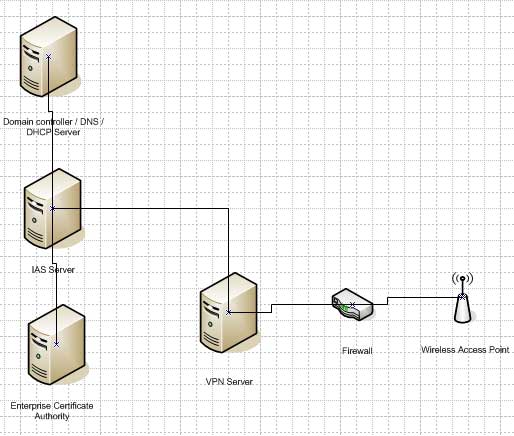 This is how the servers should be placed on your network.

How to create a VPN for your wireless network

Step 3: Setting up the certificate authority