Day 1 of Securitybyte 2011 being held in Bangalore has been kicked off in noteworthy fashion. With participation from security experts like Bryan K Fite of British Telecom, John Bumgarner from the US Cyber Consequence Unit, Richard Marshall of Department of Homeland  Security, Bishan Singh from Yahoo! India and Aseem Jakhar to name a few, this is an event that we could not skip.

The four day event comprises of 22 talks, 39 speakers, 10 training sessions, and two panel discussions. Here’s a walkthrough of what transpired so far at Securitybyte 2011. 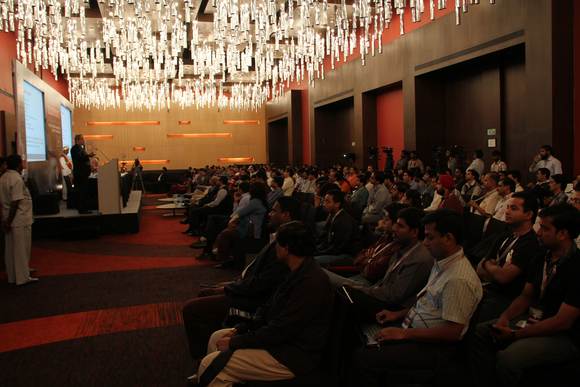 Securitybyte 2011 proves to be a crowd puller, a good sign for security awareness in India