Not much more than 20 years ago, nearly all local area networks (LAN) involved cables. There had been a few pioneering efforts to eliminate the wires but for most it was still a wired world. With the advent of client-server computing and the need for access to IT being required by more and more employees this was becoming a problem. Furthermore, smaller computers meant more mobility, devices were starting to move with their users.

Cables could be hard to lay down in older buildings and modern buildings become messy to reconfigure as needs changed and users wanted more flexibility. Structured cabling systems and patch panels helped but going wireless network could make things even easier. The race was on to get rid of the wires altogether. 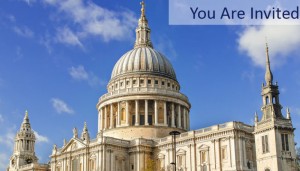 Move forward to today and what we now call Wi-Fi is everywhere. Often used in conjunction with wide area wireless provide by mobile operators over 3G and 4G networks and low power/wide area (LPWA) technologies, wireless has moved beyond the initial use case of flexible LANs to provide the cornerstone of two huge movements in IT: ubiquitous mobile computing, often via pocket size devices and the Internet of Things (IoT). Neither would be possible without wireless and hence wireless is changing the world.

Development of the 802.11x (Wi-Fi) standard has delivered potential throughput capacity thousands of times faster than the earliest wireless LANs. Forthcoming 5G cellular networks will offer a range of improvements over their 4G and 3G predecessors including a huge capacity upgrade. For many organisations the volume of wireless network traffic now exceeds wired.

User sessions can be seamlessly handed off from one Wi-Fi access point to another and from Wi-Fi to cellular. It is estimated that there are 65M Wi-Fi hot spots in the world today and there will be 400M by 2020. High speed cellular data access is ubiquitous, being available in nearly every major city. The mobile user has never been better served and the stage is set for the IoT-explosion that is predicted to lead to many more connected things than there are people on Earth.

Yes, wireless is changing the world, but it is not all good. There are concerns about data privacy, rogue devices joining networks, the expanded attack surface created by the IoT and so on. These security issues are addressable with technologies such as network access control (NAC) and enterprise mobility management.

On May 18th 2016 Quocirca will be given a presentation on “How Wireless is Changing the World” at St. Paul’s Cathedral with CSA Waverley and Aruba. To find learn more about how your organisation can benefit from mobility and the IoT whilst keeping wireless risk to a minimum you can attend this free event by registering at the following link http://www.csawaverley.com/aruba-event-st-pauls-cathedral-2/