Reports suggest that the LibreOffice suite of productivity applications is close (in roadmap terms at least) to releasing its first cloud-based iteration.

The free and open source fork of OpenOffice is overseen by The Document Foundation and is currently at its 3.5 version build.

While LibreOffice cloud services have been mooted for April, there has been no official confirmation of actual product release dates — that being said, the team is thought to be tinkering in the engine room on the last remaining bugs, fixes and tweaks needed to take its software to a virtualised delivery platform.

In line with its move to the cloud, LibreOffice is also expected to appear on Android (sometime in 2014 or maybe in early 2015).

From this point, the team is said to be looking to produce an iOS port for compatibility with devices running Apple’s mobile operating system.

Android and iOS versions of LibreOffice are expected late in 2014 or possibly early 2015 at this time. 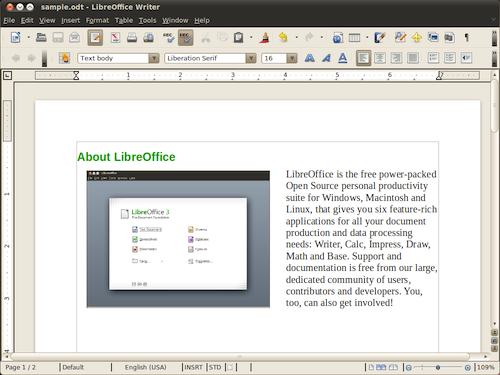