This is a guest post for the Computer Weekly Open Source Insider blog by Dr Shay David, co-founder of the Kaltura “first and only” open source online video platform. David co-author’s this piece with Zohar Babin, Kaltura’s senior director of community who currently heads up the firm’s 50,000 members strong developer group.

Open source projects are measured by the size of their developer communities, by market adoption, by the number of downloads and other such metrics; companies are measured in terms of revenue and profits. 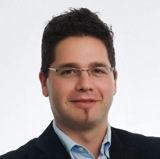 Often, attempts at maximising profit can conflict with the interests of the community or the adoption metrics. So how can competing interests be aligned?

What makes for a successful balance that allows a commercial open source software company to thrive while serving all of its masters?

Open sourcing commercial software poses many challenges, the biggest of which revolves around the meaning of ‘FREE’. At the heart of the matter is the need to release code for free vs. protecting existing business interests, staying ahead of competition, and allowing customers to own their commercial deployments.

There are various ways to make money while developing open source software, including:

● Selling proprietary components to segments of the user base (Funambol)

● Selling the software under a commercial licence and releasing the code under an open source licence simultaneously, aka Dual licensing (MySQL).

As an example, at Kaltura we chose to maintain a combination of business models, leading with a dual licence model that is combined with a SaaS offering and an API centric architecture. Released under AGPL and a commercial licence, Kaltura has rapidly grown to be the leading media management platform on the market.

Adopting a dual licence approach enables developers and customers to adapt and modify the open source software to their needs, while the commercial licence allows companies to provide customers with the ability to keep derivatives – or to embed the software in proprietary solutions along with warranty, indemnification, and professional services. For those who need help running their system, a SaaS offering provides a set of affordable hosting services.

An open API architecture is also important. It provides platform-agnostic means for developers to create video-centric applications quickly and cost effectively. As an example, Kaltura’s community and partners program (dubbed the Kaltura Exchange), enables developers and third party vendors to play an important and valuable role in extending the Kaltura software, by building innovative solutions on top of our video platform and expanding its reach to new markets while supporting the ever-growing needs of the existing customer base.

The last few years have shown us that open systems win every time: Android, for example, now outsells the closed iOS 2.1, despite Apple’s huge early lead. Every large organisation in the world now relies on open source software for mission-critical infrastructure. By combining different open business models software vendors can do well by doing good. Gone are the days where customer retention was achieved by locking data into proprietary formats or developing secret software.

With its extreme transparency, open source forces vendors to focus on creating customer value – or risk becoming obsolete. Entering the virtuous cycle of value creation that customers are willing to pay for, rapid development that leverages the community, and quick cycles to create more value… this is the promise of good open source business models.