Just to inform all of his fans that Mahindra Satyam’s Dilbagh Gill has writer’s block.

We can forgive him because, as you can imagine, being in charge of the event management software running the World Cup tournament in South Africa is clearly a stressful job.

Hopefully number six is on its way.

Here is Dillbagh with Bafana Bafana players Aaron Mokoena and Steven Pienaar  as well as other Mahindra Satyam staff. 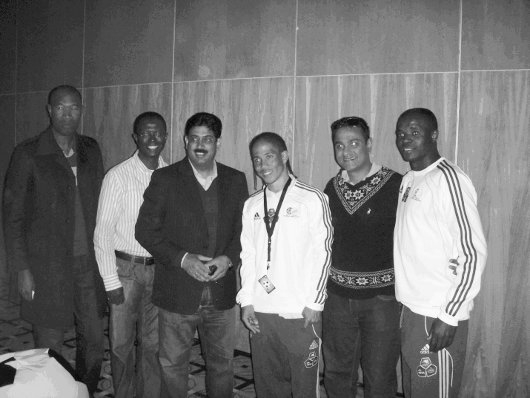