Fujitsu and the Highland Council have had their meeting about council concerns that Fujitsu might not be able to meet its contractual obligations in a £70m IT services contract.

The uncertainty heightened as Fujitsu was ejected from a £300m plus DWP contract after it failed to meet transition targets.

It also lost a 10 year deal with Thomson Reuters which is said to be for similar reasons.

According to Scottish publication, The Press and Journal, the council is optimistic about the deal.

The council is committed to the project but will scrutinise the deal closely and report an update in June.

Click on the picture below to see some of the work Fujitsu does with the Highland Council. 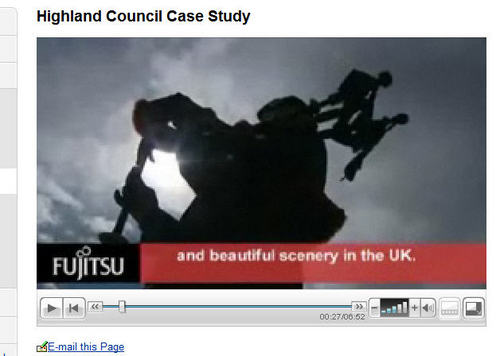