The iPhone 4S was launched last week and while there are many deals around it’s hard to tell which is the cheapest and which is the best for the consumer and for people running a small business.

I have gone through every contract available for the iPhone 4S in order to find out which is the cheapest in total (inclusive of all payments i.e. phone and monthly).

So the calculation is:

(payment per month multiplied by the amount of months on the contract) plus payment for the phone = Total cost.

All the results: iPhone 4S pricing

The cheapest contract for an iPhone 4S is Tesco’s twelve month plan for £25 a month where over the course of a year you’ll pay just £635 in total averaging £53.50 a month. This contract gives you 250 minutes, 5000 texts and 1GB of internet which is far more than most of the other contracts. 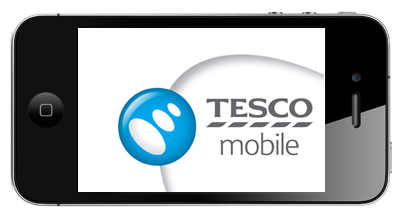 Tesco also took second place in terms of overall cost with their other 12 month contract which for just £20 more (£655) a year you get the same amount of texts (5000) and internet usage (1GB) but you get an extra 500 minutes a month which is well worth it.

While this contract comes in second in terms of being the cheapest, it is definitely the best value due to the amount of minutes you get for an extra £1.66 a month. That’s why this contract gets my recommendation if you’re looking to get an iPhone 4S.

If it’s short-term spending that is your biggest worry then O2 offer a couple of decent packages that average out to just £31 a month which is good value for a very good package.

On balance of minutes, texts and data, Three comes out on top offering 2000 minutes, 5000 texts and unlimited internet on a 24 month contract for an overall cost of £939. While the Orange package below means you may never need to check your usage, this package is more cost effective.

While Three’s overall offerings were very generous, the biggest was Orange who managed to offer everything without limits except for internet which was still a generous 2GB for an overall cost of £1,464. If you’re running a small business and need to be on the phone a lot then this is pretty much the only unlimited package for the iPhone 4S available.

O2 offer a similar package (see most expensive average monthly cost, below) but only 500mb of data.

As far as I can see, T-Mobile are the only company that offers an international calling add-on at no extra cost. For many small businesses this is essential and so deserves a special mention.

And now for the ones you should probably avoid.

In last place (or 74th to be exact) we have Vodafone with a contract that would set you back £1,488 over a 24 month contract. In return you’ll get 3000 minutes, unlimited texts and 1GB of internet.

That doesn’t sound too bad but when compared to similar contracts, it’s a bit of a rip-off. Such as Tesco’s premium package where you get 3000 mins, 5000 texts, 1GB of internet on a 24 month contract, setting you back £1080 averaging at £45 a month.

O2 not only scored the cheapest average monthly cost but they also scored the most expensive although this package is over 12 months with unlimited texts and calls so it’s not unreasonable.

This category was much harder to judge, not because most packages were similar but because there were quite a few packages from Orange that were poor value.

In the end I went for a package where you get just 200 mins, 250 texts, 500mb of data on an 18 month contract paying a total cost of £868 averaging out to a whopping £48.22 a month. I know in comparison to some other packages that’s not huge but the fact is you’re not getting very much.

You’ve just got the iPhone 4S, excited? Hell yes! What you going to do first? Go on Facebook and twitter to let people know? Call your friends and gloat? Text everyone to rub it in their faces?

Well not on this package. you get a measly 50 minutes, 50 texts and to add insult to injury you get just 100mb of data.

What is the point. Why would you get the most advanced phone on the market and restrict yourself to the point of not being able to use it? And on a 24 month contract as well!!

I don’t want to believe anyone has actually signed this contract but the chances are that many have been duped into it.