The device, which is 12 inches, is designed to fit perfectly into user’s lives, with Surface product manager Panos Panay claiming that this could be “the tablet that replaces the laptop.”

The Surface Twitter feed was inundated with updates, labelling  the tablet an “entertainment powerhouse” due to its 2160 x 1440 resolution and Dolby sound capabilities. 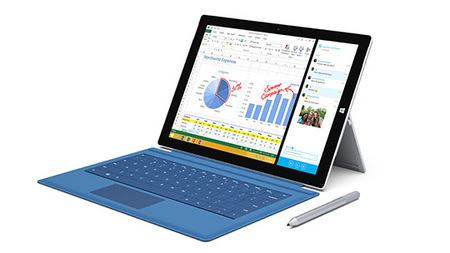 The new kickstand is multi-position, so you can angle the tablet any way you want to if placed on a table, although an emphasis was made about the “lapability” of the device, which apparently means it can be used to comfortably complete work from your lap.

As the tablet runs Windows 8.1 Pro OS, you can use all of the features and applications that you are used to, with the added ability to use the new stylus to generate hand-written documents in OneNote.

Specs at a glace:

The device includes features such as a redesigned keyboard that is larger than the previous model and includes an improved trackpad. The device also comes with an accompanying stylus dubbed the Surface Pen to make writing easier. Looks like this device might not only replace the laptop, but may also wipe out pen and paper altogether.

The new Surface is 800g, only 9.1mm thick, and is built to apply to Satya Nadella’s vision of “empowering people to do more and be more.”