Latest Blog Posts
Related Content
BlogRoll
Latest News
Download Computer Weekly
This is a guest blog by Clare McDonald.
Today we’re expected to work longer hours, often at home as well as in the office. Although it might not seem like much, having the right app on your phone, or the right phone in general, can take a small load off of your shoulders and make your life just that little bit easier. So here’s a list of portable must-haves depending on your job title. 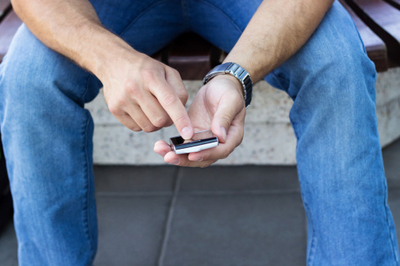 CIOs spend a majority of their time trying to drive a company’s technology forward, but that could prove hard to do if they themselves are not sporting the latest technology. After all, who’s going to listen to someone’s advice if they aren’t willing to take it themselves? So the phone of choice for a CIO could be the Samsung Galaxy S4. The cutting edge of technology, it has a high hardware rating, an attractive body and lightning fast CPU. When you’re seen with this phone, all of your future tech suggestions will be taken seriously.
A data centre manager‘s job is never over; not a moment goes by when you’re not worried about a meltdown or overheating. Or having nightmares about data loss and water damage. The Intel Data Center Manager Mobile Client can help you to rest easy at night allowing them to check information collected by the DCM server at all times.
A network administrator is always looking for new ways to test network capabilities and how to push network usage to new heights. There’s a an app you can download called the CNS Remote Admin by Commercial Network Services which allows you to monitor who’s logged into the network, what processes are running and, best of all, it’s free and available on iPhone and Android.
Many  developers wouldn’t be caught dead with an iPhone, so it might be difficult to decide between a Windows Phone and an Android phone. Luckily the use of  Android SDK software allows you to install an android simulator on your computer, so you can use a Windows Phone as your personal phone, whilst emulating an android phone on your computer, giving you the best of both app-developing worlds.
Tech support can feel like a 24/7 job, as people are always quick to complain about issues that need resolving as soon as possible. So the OTRS app allows you to access your tickets and keep track of jobs you have been assigned to. It won’t stop everyone from expecting you to help them non-stop, but it will at least help you to keep track of all of the tasks you have lined up.