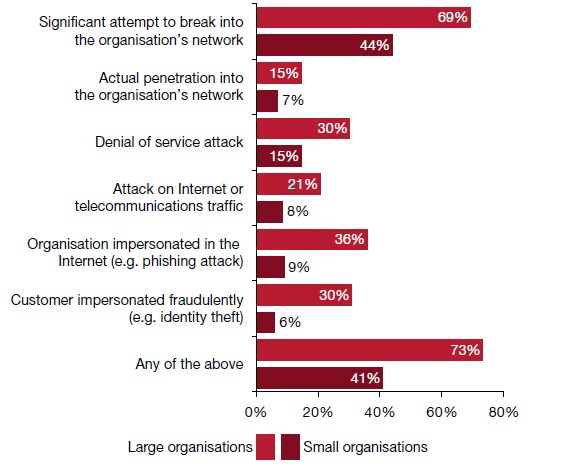 Denial of service attacks affected a third of large businesses and nearly half of all telecoms providers. All sectors reported attackers on the internet trying to impersonate them through phishing and other attacks. Financial services and government bodies reported several phishing attacks a day.  Identity fraud has risen threefold since 2008, with criminals impersonating bank customers one of the most prevalent problems.