With this July Microsoft Patch Tuesday Security Update, we see a moderate number of security updates with 4 updates to Windows XP, Windows 7 and Office, including three updates rated as ‘Critical’ and one rated as ‘Important’. Unfortunately, all patched released this month will most likely require a reboot of the target system. In addition, all of these Microsoft Security Updates relate to Remote Code Execution vulnerabilities.

Based on the results of our AOK Application Compatibility Lab, only one of the July Patch Tuesday updates is likely to require significant application level testing;

We have included a brief snap-shot of some of the results from our AOK Software that demonstrates some of the potential impacts on the OSP application package with the following image:

In addition to this high level summary, we have also included a small sample of one of the AOK Summary reports from a smaller sample database;

MS10-045 Vulnerabilities in Microsoft SharePoint Could Allow Elevation of Privilege 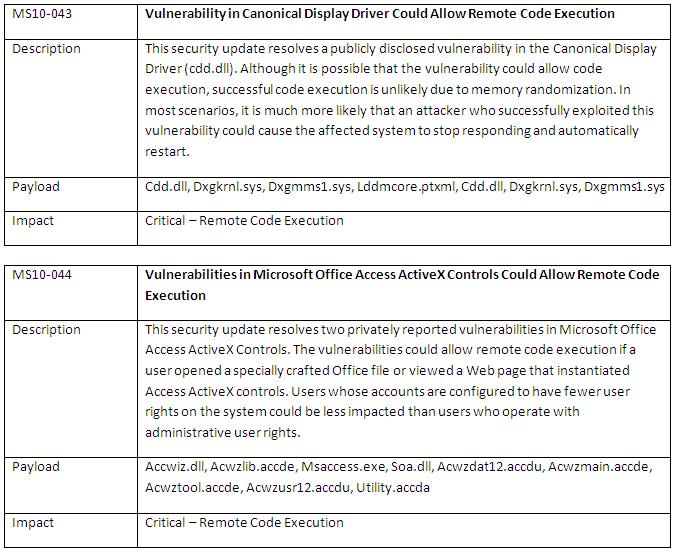 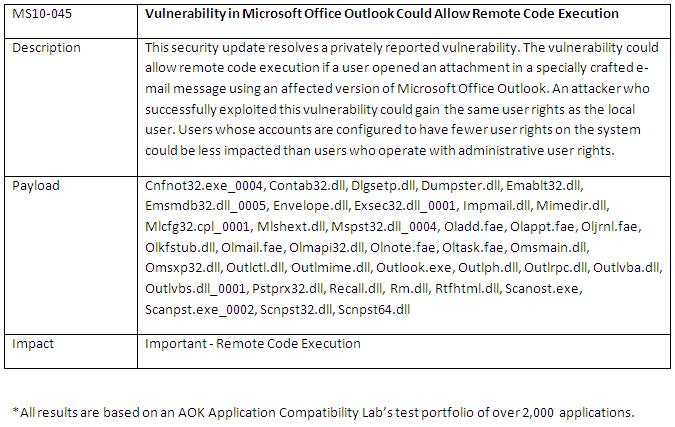