The vodka is flowing tonight in the Western Polish town of Wroclaw where IBM has partnered up with the local university to launch the country’s first cloud computing centre.

Using IBM Tivoli software as the basis for a new curriculum at the university’s campus, the coming term will feature over 10 courses driven by the new centre.

Despite the fact that IT architects and software programmers of all levels are still struggling with the precise fit for cloud-based resources into their own application lifecycles, IBM talking up cloud computing to be a “mainstream technology” in the eyes of its Polish customers.

Whether this is misplaced confidence or simply assuredness in its own cloud platform strategy, Big Blue has also signed an agreement with the Polish government to cooperate on the creation of a new IBM IT service delivery centre in Wroclaw.

The company clearly likes to plant its seeds in fertile soil, so chose Poland as one of the new members of its global Multipurpose Cloud Computing Center initiative, which is a programme available to all institutes of higher learning (IHL) around the world.

What else is there to say, but Nastrovia! 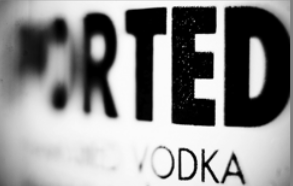