I am just back from Oregon where I attended a workshop at Intel’s Hillsboro campus. What amazed me the most – apart from the most delicious Peruvian cuisine I had at Portland of course – is Intel’s large presence in the area and the number of big datacentres in Oregon.

Intel is the biggest employer of the region and has multiple, vast campuses there. It even has its own airport in Hillsboro, Oregon from where it operates regular flights to its Santa Clara headquarters for its employees. Several flights that carry up to 40 Intel employees operate every day. The hotel I stayed in at Hillsboro told me that on any given day, about 70% of the people it serves are Intel-related.

Apart from Intel almost hijacking Oregon with its presence, the state is also home to many datacentre facilities. Facebook (Prineville datacentre), Google (Its first datacentre – The Dalles), Amazon (Boardman), Apple (also Prineville), and Fortune Datacentres (Hillsboro) – they all have large facilities in Oregon.

One of the primary reasons many tech giants consider Oregon as the home to their datacentres is cheaper costs. Oregon does not have sales tax and this means computer products, building materials and services are cheaper than elsewhere in the US. In addition, power – which is a main datacentre money-guzzler – is cheaper in Oregon. Furthermore, the local government lures tech giants by providing incentives such as tax breaks and subsidies. All these factors attract datacentre investment here. 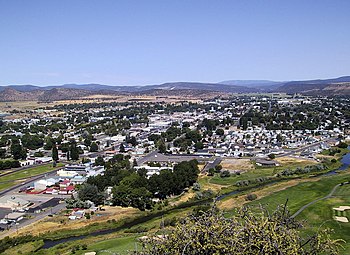 Because of the tech culture of the region, many professionals develop server management and virtualisation skills. The emphasis on IT skills in the universities and Silicon Valley’s investment in regular training workshops make the workforce in the area more talented and skilled for datacentre management.

Oregon’s weather is comparatively mild. This makes the tricky task of datacentre cooling a little bit easier. It is simpler to devise cooling strategies for a facility when the ambient temperature does not vary highly. Oregon does not get baking hot like Texas or Kansas in the summers nor does it get overwhelmingly snowed under in winters.

The vast stretches of fibre optics cable that run even across Oregon’s mountains, lakes and deserts provide fast connections and latency of milliseconds. Its proximity to Silicon Valley is another puller of datacentre investment.

Big cloud and IT service providers love political and economic stability, and physical security and Oregon gives them that. The region is not too prone to natural disasters such as volcano eruptions, earthquakes or hurricanes – which acts as another big attraction to datacentre builders. Take Iceland for instance, despite its promise of 100% green geothermal energy and fibre optics connections to mainland Europe, many IT providers hesitate to set up datacentres there because of its vulnerability to natural disasters.

Oregon has seismically stable soil and as part of the west coast, it has little to no lightning risk – one of the major cause of outages in the US.

As Google, which opened The Dalles in 2006 by investing $1.2bn, says, Oregon has the “right combination of energy infrastructure, developable land, and available workforce for the datacentre”.

I wonder what Oregon’s equivalent in Europe would be?