For those still wondering if cloud computing is really mainstream – even Hollywood thinks so. Cameron Diaz’s rom-com Sex Tape releasing next Friday is all about the dangers of the cloud. 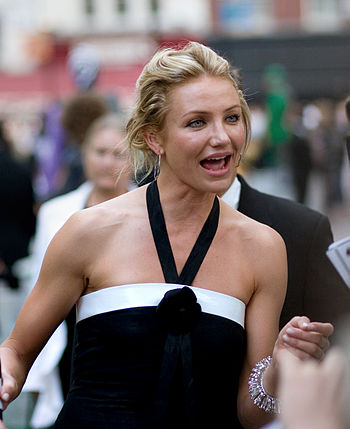 The movie stars Diaz and Jason Segel as a couple making a sex tape in an attempt to spice up their boring lives.  The video inevitably makes it to the cloud through Segel’s iPad on which it was filmed.  The movie tracks how the couple desperately tries to get the video off the cloud while embarrassingly juggling comments from their parents, bosses and even mailman who all see it.

Here’s some of the dialogues between Diaz (as Annie)and Segel (Jay):

Annie: (walks in) Honey, that sounds familiar, is that our…

Jay: You know the Cloud?

Annie: And you can’t get it down from the cloud?

Jay: Nobody understands the cloud. It’s a f#$@ing mystery.

Whether they succeed to wipe their content off the cloud or not, we’ll know only on 18thJuly.  But it looks like a big struggle with Jay and Annie taking desperate measures like nicking devices belonging to their friends and families and even breaking network infrastructures to get the tape off the cloud.

Maybe Jay and Annie are showing in satirical manner how cloud is a one way street – easy to get it up (even inadvertently) but damn hard to get it off!