Power and automation company ABB is to automate and simplify its human resources (HR) processes in a project that aims to make HR technology as easy to use as Google.

The project, dubbed the Google-isation of HR, aims to make it easy, even fun, for employees and managers to find information on HR topics, and complete routine tasks such as hiring a car or recording a change in an employee's working hours.

ABB Switzerland is driving the project, which is expected to pay for itself in a year by freeing up nearly 8,000 managers, employees and HR staff's time from mundane administrative tasks.

If the project is successful, it could be extended across 100 countries to reach over 145,000 employees world-wide.

HR as intuitive as Amazon

The heart of the project is a plan to develop a human-friendly front end for ABB's existing global and local SAP HR systems, that aims to make it as intuitive to use as browsing the internet.

“We want it to be as easy as Amazon to use. It should be intuitive, offer lots of guidance, and lots of checks in the background, so that without education or courses, you can complete the processes you need,” said Stefan Koenig, head of HR Excellence for Switzerland and Central Europe.

The company is working with Swiss supplier, TeamWork Solutions, to develop the portal, called ‘HR for You’ using the web markup language, HTML5. The code will run on the same servers as the company’s SAP HR system.

The challenge of integrating with SAP

“Technically the biggest challenge we have is probably to integrate the portal into the deep links in SAP, so that when someone wants to enter data, they don’t have to log out of the portal and log into SAP,” said Koenig. 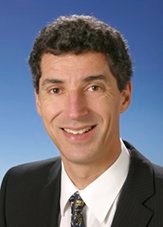 The portal will allow ABB to automate HR tasks that currently require phone calls and emails to complete, eliminate the need for staff to re-key data from spreadsheets into SAP, and reduce the need to print paper documents.

The savings from reducing printing costs alone will be substantial. ABB plans to replace printed pay-slips with electronic versions, helping to eliminate hundreds of thousands of printed pages a month.

Bring your own device scheme planned

Employees will be able to access the portal from their own mobile phones and laptops under a bring your own device to work policy, which is rolling out across ABB globally.

The move will give the company’s large blue collar workforce - who do not have access to company computer systems – the ability to use the HR portal when they need it.

In tandem with the IT work, ABB has begun a major programme to simplify thousands of pages of HR documents to make them accessible to its employees.

The company plans to use graphics, sound and videos to make HR tasks easy to understand, and even fun to use, said Koenig, speaking before a major HR technology conference. 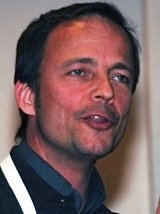 It has a team of 15 people working through the HR documentation to simplify it, and translate it into the four languages used by ABB’s Swiss employees – Swiss, German, French, Italian and English.

The new employee interface, which will go live in Switzerland in the first quarter of 2014, will also help to make the company more attractive to high-flying recruits, said Dirk Stoltenberg, ABB VP and Global Head of HR Excellence.

“ABB was recently rated by Reuters as one of the 100 most innovative companies in the world. That is very good to have, but it also means you should be  providing a innovative working environment in all areas, including HR,” he said.

Dirk Stoltenberg and  Stefan Koenig will be speaking at the HR Tech Europe Conference in Amsterdam, 24th to 25th October 2013.