Cabinet Office minister Francis Maude has led the drive to change how technology is used across government, yet he has acknowledged that the IT used by staff in his own department is poor.

It was reported that Maude had to install a personal Wi-Fi network to use his iPad, and chief operating officer Stephen Kelly uploaded a video of his PC taking seven minutes to boot up.

But the Government Digital Service (GDS) – the team within the Cabinet Office tasked with transforming digital public services – has stepped in to help overhaul the department's IT.

GDS is leading a technology transformation project for the Cabinet Office, which began in October 2013 and will conclude in January 2015.

When GDS was set up in 2011, it chose not to use standard Cabinet Office IT systems, but deployed its own desktops and cloud services. The former interim director of digital and director of the G-Cloud programme, Chris Chant, said the cloud-based approach initially taken by GDS reduced costs by 80% compared with IT used elsewhere in the department.

Andy Beale, common technology services lead in the office of the CTO at GDS, said the new project will save at least 25% on its current offering by introducing consumer technologies and cloud services to the 3,000 civil servants working at the Cabinet Office.

According to Beale, some savings will be easy to make because of the technologies available to purchase today and because procurement methods have changed due to frameworks such as G-Cloud.

But some parts of the project will potentially require more investment to unlock savings, and this will also mean the end of large-scale procurement. The history of spending on government IT saw five-year cycles of large-scale contracts.

“This is the last time we’ll be doing anything like this – every day, every week there will be incremental improvement. While the project runs to January 2015, that’s the transition project, the project to make IT better at the Cabinet Office will go on after that,” he said. 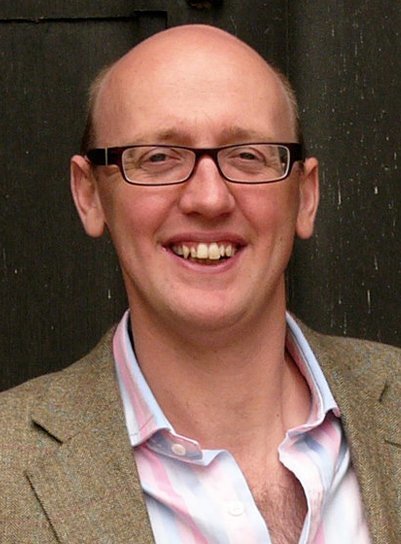 Government IT has reached a tipping point

The decision to transform Cabinet Office IT coincides with the conclusion of an existing Fujitsu Flex contract. This comes to an end in January 2015 – by which time GDS hopes to have implemented a completely new way of working with IT without the ties of a huge supplier contract.

Since the project kicked off last year, GDS has implemented new consumer devices and cloud services in the Cabinet Office. “Government IT has reached a tipping point,” said Beale. “Cloud and the consumerisation of IT have got to a point where the government needs to embrace them.”

Beale said GDS wants to make the Cabinet Office project an exemplar to deliver good business outcomes and IT across government, while saving a lot of money. He also said there will be other projects in the pipeline over the next year as GDS is also in very early talks with another department and some agencies to begin similar transformation programmes.

“So we’re giving IT confidence back, and the freedom to provide the IT they want to provide,” said Beale.

GDS intends to conduct early stage tests – alphas and betas – over the coming year, trying out everything available including consumer IT and cloud. “These sorts of things create a much better user experience for everyone,” he said.

But the project will not be managed from the perspective of the IT, but that of the individual user. “Pretty much everything in government IT has been led by procurement, IT, or security – it should be led by the user and what they’re doing in that business or organisation,” said Beale. “But the government has found this naturally hard to adopt due to the contractual landscape of IT.”

Early stages of IT transformation

Since the project began, new devices and applications have been placed in the hands of 50 people working at the Cabinet Office. These include Android, Mac and Windows 8.1, along with cloud-based email tools.

The alpha phase of the project, which comes to an end on 31 January 2014, is just the first step in the transformational change of Cabinet Office IT.

Developers spent 48 hours hacking away and came up with 18 products. Director of Parliamentary ICT Joan Miller looked through these and chose some to investigate further.

While some applications were gaming products, others were more interesting to Miller as they used Parliamentary data and managed to join up some of the information for its electronic business papers, including chamber papers, Hansard, electronic petitions, Parliamentary questions and early-day motions.

“That would be extremely interesting, not just for the public, but also for our members and more professional users of parliamentary data,” she said.

Miller said one of the developers managed to take a whole paper and automate the huge amount of text into the context of a particular topic that a member of the public may be interested in.

Beale said that normally in this timeframe of less than three months, government IT would have only just got to the stage of hiring a lawyer to begin writing the contract. “That’s the difference,” he said. “And that’s what I’m most pleased about.”

Beale pointed out that the project wanted to start “naturally” with things people could see and touch, rather than applications and software. “People are interested in engaging with devices because of what’s happened with the consumerisation of IT,” he said.

It is this explosion of consumer technologies in recent years that Beale believes has changed how enterprise will use IT.

“What happened with Apple and the iPhone has changed perceptions forever around what tech should be in your pocket,” said Beale. “But on the other hand they don’t change anything. They still need to meet my user needs and be appropriately supported and helped. So we are going to use everything that’s available to us.”

GDS has also brought in researchers to analyse the behaviours of the alpha subjects through interviews and observation. This research has been shared throughout the Cabinet Office for everyone to read, and there are many commonalities in the data.

“So much of this is the same,” he said. “A lot of people in government do a similar job. Once we get the personas right we can broadly say this is the right solution.”

But the project has not been designed as a one-off upgrade. “We’ve created something that’s able to flex and evolve,” said Beale.

While the consumerisation of IT has meant that the project has begun by looking at hardware, next on the agenda is software.

Beale said that changing the tools of the users is going to be powerful in the everyday workings of the Cabinet Office. He used the Parliamentary Question tool as an example of software which has been badly designed (see Hackathons in Parliament). “Once we get into that layer, we’ll start really unlocking some value,” he said. “It’s the same with any sector’s IT, the value is locked up in the applications.”

GDS is also working on a potential open source desktop solution using Ubuntu instead of Windows. While in his previous role as technology director at the Guardian, Beale introduced Google Apps and trialled Chromebooks within the organisation.

He said more IT departments are taking an interest in open source today, with other government departments apart from the Cabinet Office seeking out solutions. GDS is proactively helping to make this style of working happen.

Transparency in the transformation process

Beale said the reaction from the civil servants working in the Cabinet Office has been “incredibly positive”, pointing out that GDS is not taking away the IT, only enabling employees to become more proactive and successful.

There's a great deal of openness around the process. Where we succeed we will champion it, and where we fail we will talk about it

Some civil servants who are currently part of the alpha project have even been writing blog posts about their experiences for anyone to read online. Indeed, blogging is one of the ways GDS wanted to make sure the Cabinet Office was being as transparent as possible throughout the process.

“There’s a great deal of openness around the process,” said Beale. “Where we succeed we will champion it a lot, and where we fail we will talk about it to help the technology community in government learn from what we’re doing.”

He said GDS has already received a great deal of support and interest from other technology leaders around their transparency principles, adding that IT managers have been constrained in the past and this has led to fear, uncertainty and doubt surrounding procurement and security.

“We’re shining a light and showing you can [do anything] and there’s more flexibility.”

But Beale is worried about meeting the expectations of these projects. Following success from projects such as Gov.uk, expectations about GDS and the digital by default strategy have become higher.

“GDS has a good track record, and living up to that to do the same for corporate IT is a big challenge,” he said. “It’s living up to our own legacy at the moment.”

But with support from CESG for security and the Crown Commercial Service for procurement, Beale said he believes GDS can deliver transformational change in IT: “All those parties want it to succeed as it will create a better environment for civil servants to work in and a better market for IT.”