BA CIO and services head, Paul Coby, was speaking last night at the monthly CW500 event. If you look at the CW500 Twitter stream you can see some of his comments, as they were tweeted live during the event. His theme was doing more with less – something familiar to many IT bosses at the moment – but I was struck by some of his points on social media.

He made two really interesting points. BA started tweeting special last minute offers using Twitter recently. They never made any fuss or special announcement about it, yet they almost immediately got 50,000 followers… all checking for the latest deals. Paul said that this is not exactly on the scale of Stephen Fry, but I think it is an impressive community of ‘friends of BA’ all scouting for a bargain.
Paul also talked about the recent chaos caused by the Icelandic ash cloud hovering over Europe and disrupting airlines at huge expense. With thousands of passengers affected each day and no way to keep everyone up to date easily on the latest adjustments to the schedule, he revealed that they turned to YouTube. The BA team would record short video blogs with the latest disruption details… Using YouTube meant they could get instant information published to the world, and then disseminated across other social networks. The interesting thing being that BA was then noticing their own YouTube videos being used on the regular broadcast news channels!
These are some simple examples of what can be achieved, and neither of the initiatives actually cost a penny – useful for any CIO battling the myriad of issues faced by airlines at present. 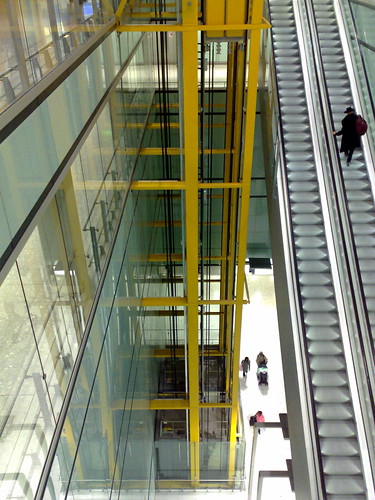