OpenIDM aims to provide a web interface for system administrators to create, update and delete user accounts with their respective privileges and identity data on diverse systems.

The company says that this offering will work with, a “wide range” of identity software including (predictably perhaps) the ForgeRock I3 platform. A preview snapshot release is available from openidm.forgerock.org and the project road-map aims to deliver an enterprise provisioning solution in early 2011.

“ForgeRock is investing in OpenIDM in order to create the third pillar of a fully open source Identity and Access management portfolio, which is part of the ForgeRock I3 platform,” says the company.

But would you trust open source identity management?

Well – the company seems to say that it’s all about “interoperability” by saying that OpenIDM provides web-based enterprise provisioning capabilities to a wide range of IT systems and resources such as databases, directories, ERP-systems and access management suites all accessible by administrators and users via a customisable web 2.0 (AJAX) user interface.

But does interoperability build trust? Not necessarily right?

Early community members include the Norwegian State Railway Company (NSB AS). “We have worked on implementing a full-fledged Identity Management solution for a long time, and were almost production-ready when our vendor suddenly disappeared,” said Jan Christiansen, NSB’s CIO. 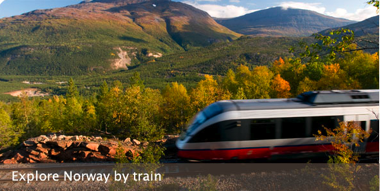 “The support from ForgeRock has made it possible to reach part of our goal by using OpenAM. We hope to get back on track using the OpenIDM product in 2011, without the need for a major re-architecting.”

Note: did the spokesman from the Norwegian State Railway Company really say he was hoping to get back on track? I think he did!

”Sun customers had been expecting an open source IDM solution. OpenIDM will provide Sun customers with a system that matches their expectations and plans,” said Lasse Andresen, CEO, ForgeRock. “Our goal is to deliver a production-ready solution at the start of 2011; for now, the snapshot release provides a great preview of what’s coming.”

OK – no more criticism or negative speculation at this stage your honour. According to ForgeRock, OpenIDMs architecture is flexible and developer-friendly – it’s also lightweight and modular and relies on well-established, proven components such as the workflow engine from OpenESB and the Identity Connector Framework, which allows connectivity to a large number of resources such as OpenDJ, Active Directory, SAP and more.

So go “prove the concept” then — and help prove the worth of a potentially worthy new element of the open source firmament.