Ohloh.net data has been licensed under the Creative Commons Attribution 3.0 “Unported” license.

“Black Duck’s decision to open up the data in Ohloh will make it easier for open source projects to be more transparent about the success and activity of a project.”

“The more, better data that is available on the thousands of open source projects today, the easier it is to identify new patterns, trends and insights on the evolution of open source itself,” said Stephen O’Grady, principal analyst with RedMonk.

“While we’ve partnered with Black Duck in mining Ohloh data in the past to inform our analysis, making the data more widely available will add thousands of eyes to the data, and allow for collaborative research in ways that we haven’t seen before.” 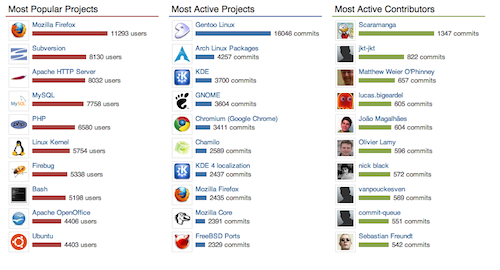