NOTE: Scalable Vector Graphics (SVG) is the description of an image as an application of the Extensible Markup Language (XML) — any program such as a web browser that recognizes XML can display the image using the information provided in the SVG format.

Adobe describes Snap.svg as a “powerful and intuitive” API for animating and manipulating SVG content. 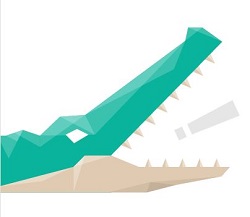 Web developers can now use this library to perform functions including masking, clipping, patterns, full gradients and groups – all of which they would typically do in order to make content more interactive and engaging.

“We have done extensive work on new technologies like Snap.svg that address the ever-changing needs of designers and developers so that their work can reach the largest audience across browsers.”

Released under an Apache 2 license, Snap.svg was written entirely from scratch by Adobe’s Dmitry Baranovskiy who also authored Raphaël, the de facto library for working with SVG on browsers all the way back to Internet Explorer 6.