With Sony recently bowing out of the PC market in favour of pushing its smartphone arm, we expected big things from any new devices announced at MWC.

It seemed that the new Xperia Z2 is really an upgrade of Sony’s previous phone. However, i’s full little changes that make all the difference. For example, the Z2 uses a wider colour spectrum on its 5.2 inch screen than on previous devices. It uses TRILUMINOUS display technology to better show reds and greens, so images look really clear, and when next to an older smartphone, you can clearly see the difference in colour when looking at the same picture. 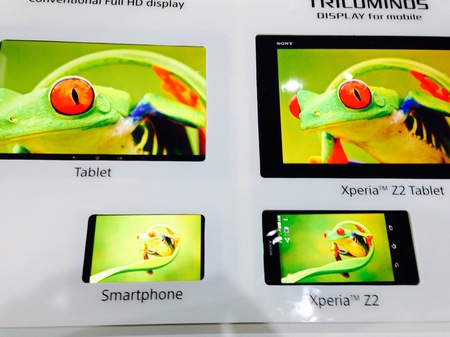 It also has a capability called X-Reality which cleans up low resolution video by analysing a clip and filling in gaps and pixilation.

From a business perspective, the Z2 supports a new feature called Small Apps, which essentially allows the user to multitask by running an app in a small floating window, which could come in quite useful if you needed to look at two things at once in a meeting or presentation.

Obviously any Android business apps that take your fancy are available, as well as the Xperia calendar, Email and Contacts apps to keep everything in order. Plus, any data held on the internal SD card is secured by 256-bit AES encryption. 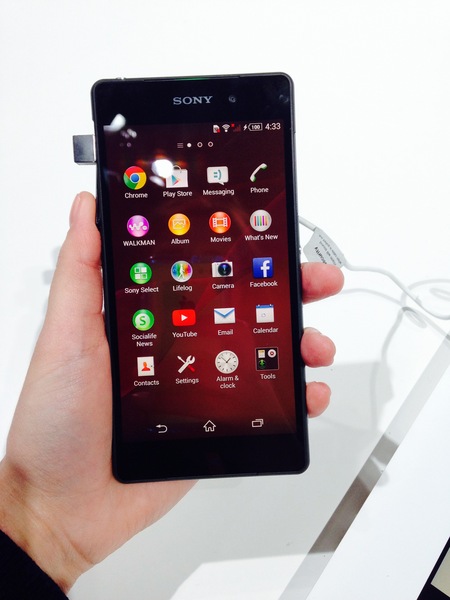 It’s still water and dust proof, it’s light and thin, and it hits the spot for those in the market for a premium Android device. And the best bit? It also comes in deep purple. Perhaps Sony has made the right decision.

You can also use the new Sony SmartBand alongside the Xperia Z2, a life-tracking band that has an advantage over other health monitors. 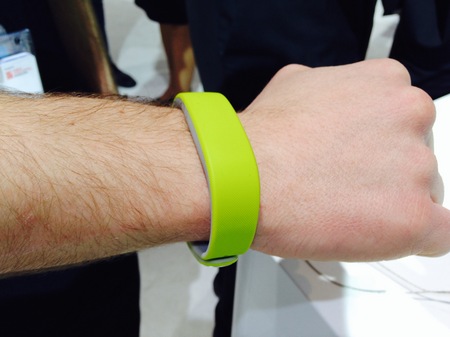 The band monitors pretty much everything you do in life and on your phone. It knows when you’re walking, running, sleeping, cycling, gaming, driving, chatting. It has a small unit that sits in a rubber band which you strap to your wrist. The core unit can tell by your movement what action you’re currently partaking in, and it monitors the applications used on your phone for data such as when you’re talking or playing Angry Birds. 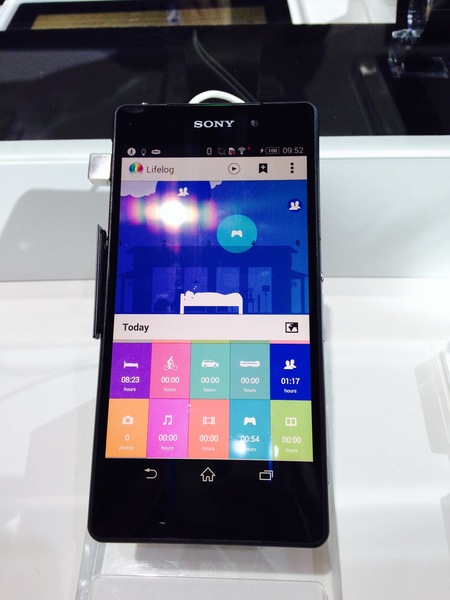 The strap was slightly uncomfortable and a bit loose on my wrist, with two little prongs that press through holes in the wrist band to loosen and tighten the strap. The texture of the band was comfortable though, and it comes in a number of different colours. 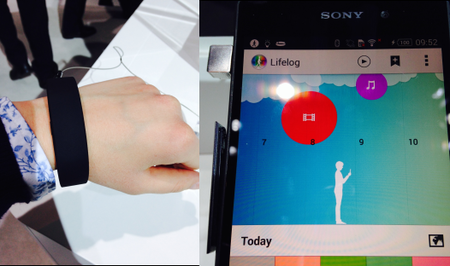 The core has to be taken out and charged once a week. The band is water proof, and the idea is to wear it 24/7 – even in the shower. As everyone in the world keeps getting busier, these devices that can tell us where we’re going right or wrong are becoming increasingly more popular, and this band goes the extra mile in giving you more information about your day beyond how you slept, the steps you’ve taken and the calories you’ve burnt.

We’re hoping to get these devices in for a full review soon, so make sure to check back.